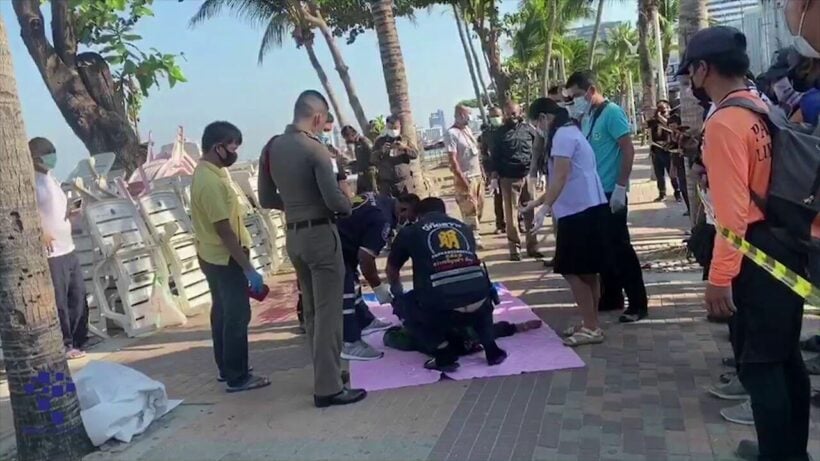 A man was arrested for allegedly stabbing a woman to death on Pattaya Beach. More than a dozen people at the beach yesterday morning saw a man stab a woman multiple times with a pocket knife, according to Pattaya City Police.

Witnesses told police the man and woman had a verbal argument before the altercation became physical. The witnesses gave conflicting reports about who attacked first, but they say the man stabbed the woman’s neck and back before fleeing the scene.

Police say the woman, 31 year old Buathong Pinaphang, had stab wounds and cuts on her neck and back. Officers say they found a pink box cutter knife nearby that they suspect Buathong used either attack the man or defend herself.

Officers say they found 44 year old Sanga Butngam walking down Pattaya Second Road with a knife in his hand and arrested him on murder charges. Police say Sanga had minor injuries believed to have been caused by the altercation with Buathong.

Sanga allegedly told police that Buathong stabbed him first before he stabbed her. Police are still investigating and will review nearby surveillance camera footage.

Police add that Sanga was released from prison last month after serving time for drug charges and say he has a history of criminal offenses. 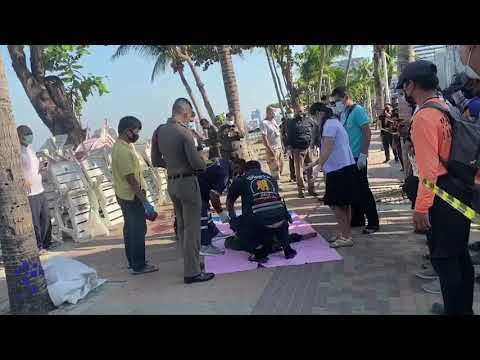