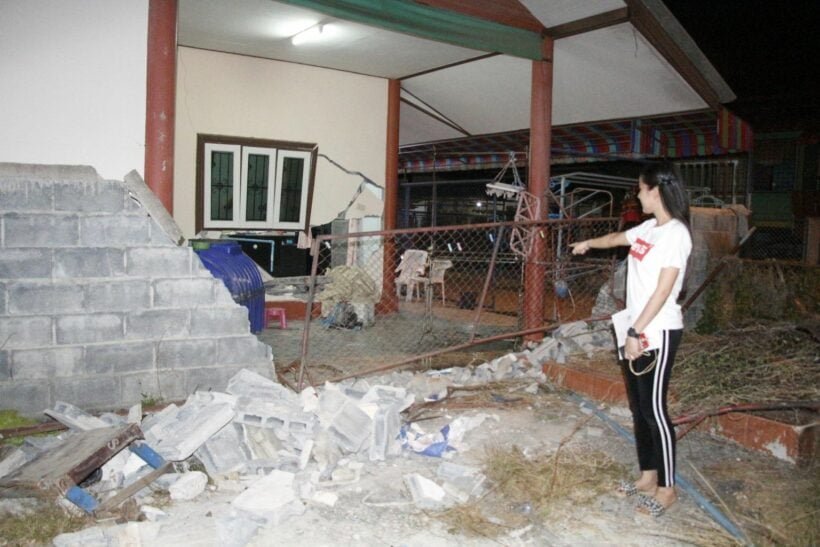 A foreign driver has crashed a pickup truck into a house in Chonburi’s Bang Lamung district before backing out of the damaged rooms and speeding away. The incident caused significant property damage at the front of the residence. The house’s owner, 28 year old Attaphon Wongjaroen, told reporters that the incident happened late on Saturday night when she and her entire family, including young children, were at home.

Wongjaroen said the driver, who she believed to be intoxicated, drove his white pickup truck into her house before backing out and then speeding away. She claims she and her relatives got a clear look at the driver, who appeared to be a middle aged Caucasian man.

No injuries were reported as no one was in the the area of the house at the time of the incident. Family members rushed outside immediately after the crash and recorded video, which clearly shows the license plate of the white Mazda truck.

The driver, who can’t be clearly seen on the video, hesitates for a minute, keeping the truck windows up and doors locked after backing out of the house, before driving off at speed. Frantic family members can be seen shouting to call the police.

The driver had crashed through a cement wall, a fence and the side of the house. The video shows the extensive the damage to the home.

Wongjaroen has filed a report with police. Pattaya police are working to track down the Mazda and the driver. 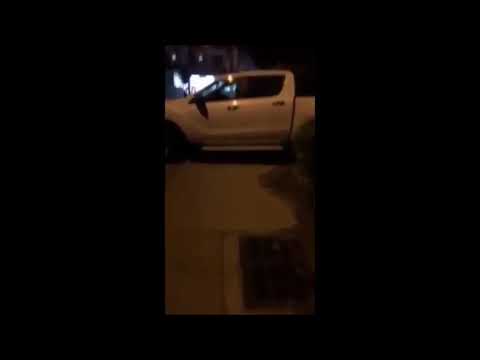 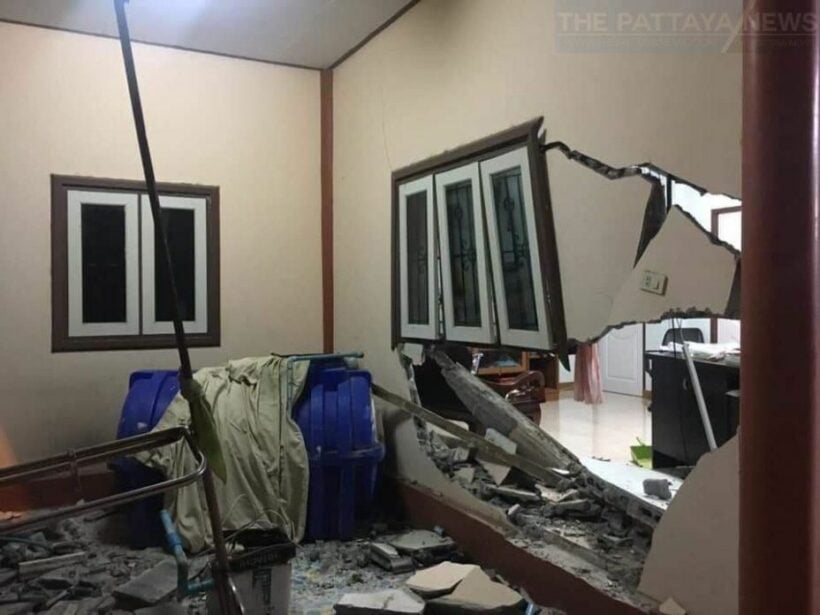