An electrical company worker has suffered critical injuries after an electric shock caused him to fall 5 metres to the ground in Chon Buri’s Si Racha district this morning. 36 year old Adisak Bunsong, an employee of the Bueng Provincial Electricity Authority, was installing and changing electrical wires 5 metres above the ground on Road 331, near Village number 6, when he was shocked.

Co-workers say  it happened suddenly and claim he was using all the proper precautions. They told reporters they were unsure how the incident took place. Rescue workers from Prawayiang Thai Siracha gave Bunsong CPR at the scene and treated his injuries, rushing him to a local hospital. He was in critical condition and had suffered severe burns as well as fall-related injuries.

At press time, Bunsong remains in Laem Chabang hospital in a critical but stable condition. 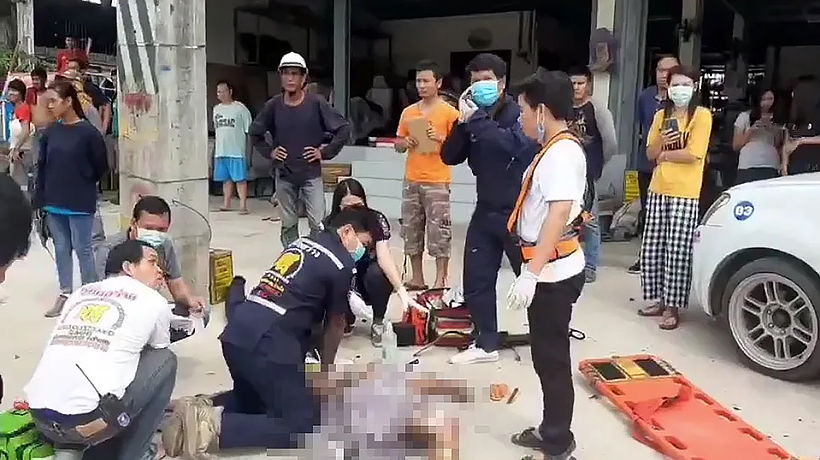 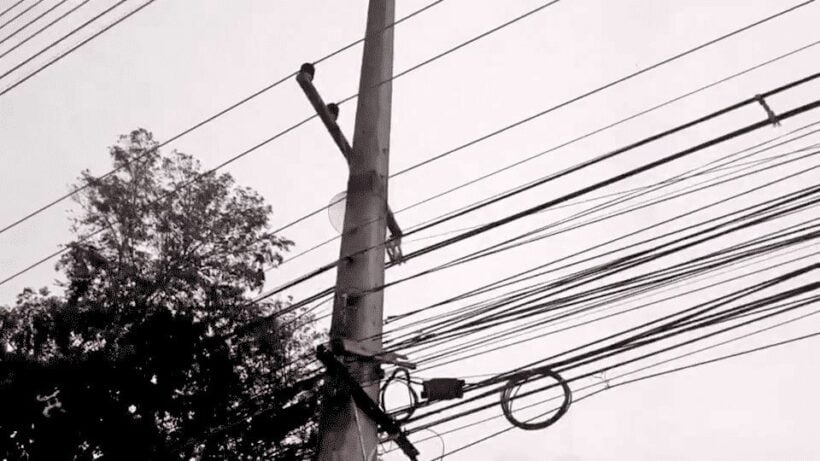