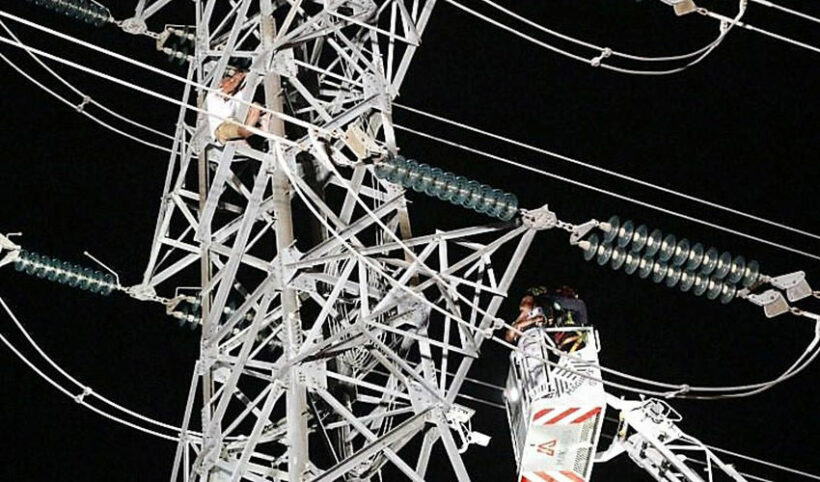 A 74 year old man who climbed to the top of a high voltage power pole in Pattaya has been rescued by the local fire department. The Pattaya News reports that the unnamed man was said to be suffering from depression when he decided to climb the pole in the Nong Pru area of the city around 10.30pm last night.

A local resident who witnessed the incident notified the police, who arrived at the scene with rescue workers and firefighters. Officials also enlisted the help of a monk from a nearby temple, who used a loudhailer in an attempt to persuade the man to climb down from his perilous position.

The man did start to come down, but due to his age, he was overcome with exhaustion and couldn’t proceed. Firefighters then used a fire truck and a crane to rescue him, after which he was taken to hospital for a psychiatric assessment.