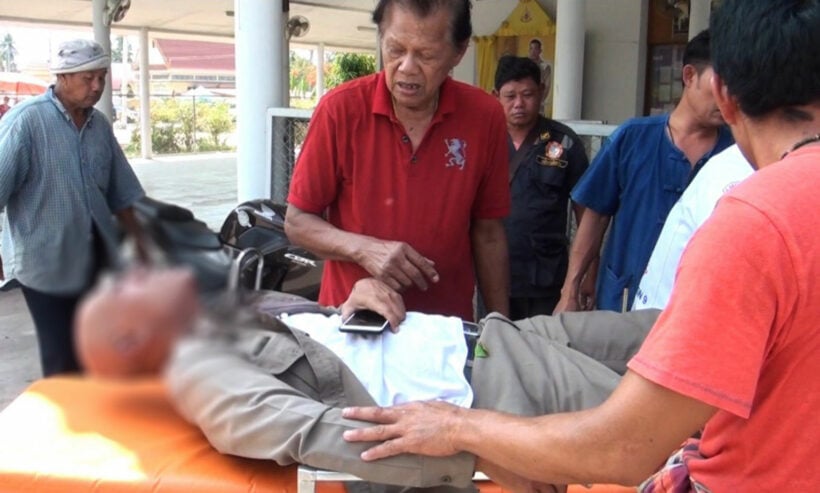 Residents in the Banglamung district of Chonburi province, eastern Thailand, have come to the aid of a police officer who crashed his motorbike following what’s thought to be an epileptic seizure. The Pattaya News reports that witnesses saw the officer riding his bike on Sunday afternoon when he appeared to have a seizure and lost control.

While waiting for emergency services to arrive, local residents helped pull the officer out of a ditch. By the time rescue workers arrived at around 4pm, they found the bike on its side and the driver, Tatpong Thongtat, a senior sergeant with Banglamung Police, laying injured and disoriented beside it under the watchful eye of passers-by.

Sergeant Tatpong was later transferred to hospital with a suspected broken leg. The Pattaya News reports that a friend of the officer claims he has a history of epilepsy.

There is currently no further information on how he managed to hold a bike licence or if his medical history is known to the police force.