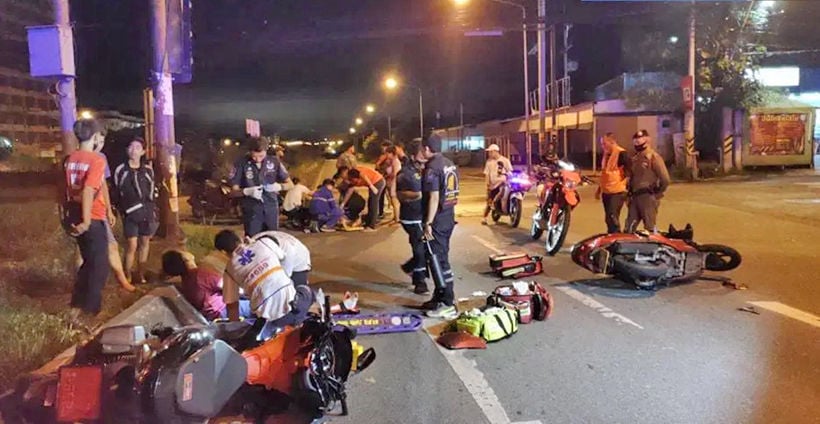 A motorbike crash in the Nongprue area of Chon Buri’s Banglamung district has left 3 people injured, according to police. Nongprue police were notified of the incident, at an intersection near Soi Khao Talo, at 3am. Police, emergency responders and reporters went to the scene and found 2 damaged motorbikes.

3 people had sustained injuries; 29 year old Anatita Pimsri, 16 year old Nattawat Tepraksa, and his passenger whose name was not given. They were taken to a local hospital.

Nattawat told police that the other motorbike, driven by Anatita, suddenly came out from the intersection while he was driving legally and at normal speed.

Nongprue police are reviewing CCTV footage from the area to follow up on  Nattawat’s statement and determine exact fault.