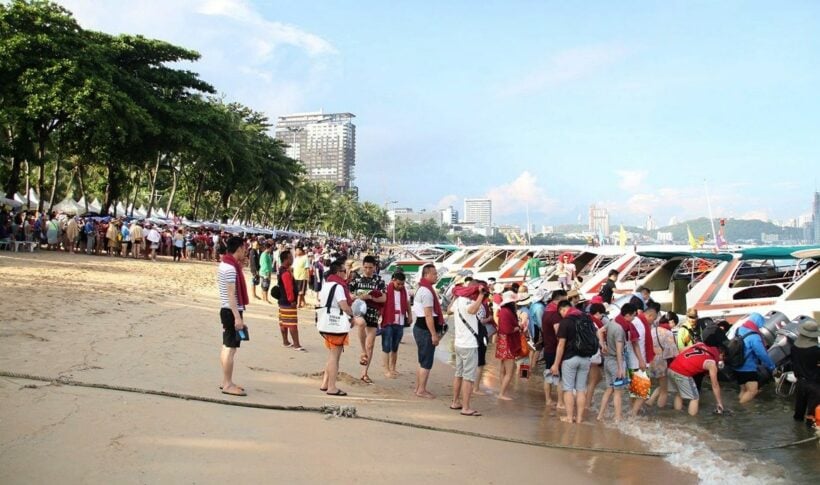 Many boats have continued to use the beachfront area to pick up and drop off tourists despite being ordered to resume using Chon Buri’s Southern Pattaya Pier (Laem Balihai) from today (Tuesday).

Boat owners had been using the beach temporarily during the restoration of the pier. They claimed they could not switch back to using the pier as they were not given enough notice and maintain the pier isn’t yet ready to cater to tourists.

The NCPO, Pattaya City and the committee for Southern Pattaya Pier Regulating had ordered tour buses and boats to resume using the pier to pick-up and drop off some 20,000 tourists per day for water activities and the journey to Koh Lan. 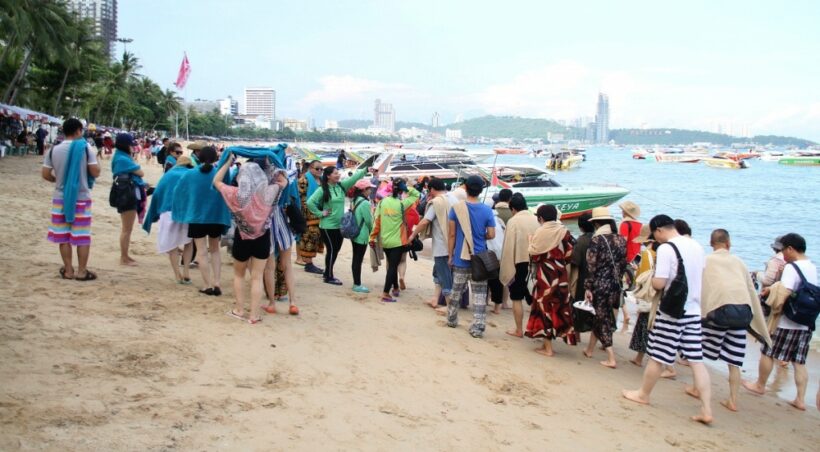 During the pier restoration work, which began last November, business operators were temporarily allowed to use the beachfront area. As the order to resume using the pier came into effect this morning, about 50 soldiers and police were at the pier area to assist tour buses and boats.

However, few operators headed back to the pier while most continued to use the beachfront area, particularly the 300-metre area near the Hard Rock Twin Palms Hotel, where some 50 tour boats were anchored and buses dropped off tourists to get onto the boats.

NPE Tour executive Natthapong Manasom says the operators did not want to violate the order but they were not given enough notice to change their schedules. He said the Pattaya Marine Department branch office only gave them one day’s notice.

Many operators said they could not adjust their schedule as tour packages had been sold months ago so they had to stick with their old timetable which meant using the beachfront area. He said that once the pier is ready for use, the operators would be willing to move back. 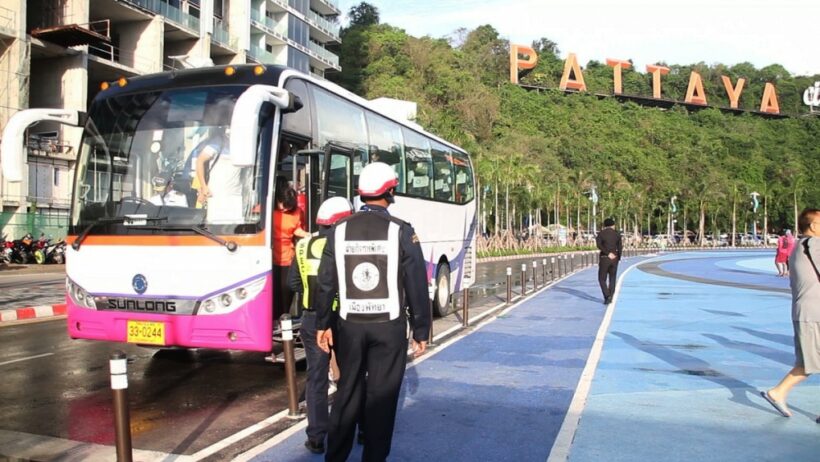 Not this year – PM rejects activists calls for a 2018 election