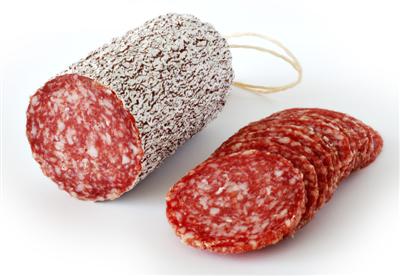 RAYONG: Staff at Rayong Hospital had a busy night on April 27, when two men with severed penises were brought in for emergency treatment.

The first patient, a 31-year-old from Pluak Daeng District, arrived at around 1am. He was bleeding profusely from a wound near what had not long before been the base of his penis.

Surgeons were able to stop the bleeding and stabilize the man’s condition, but could do nothing about the missing member.

An hour later, at around 2am, a 35-year-old man was transferred to Rayong Hospital from Queen Savang Vadhana Memorial Hospital in Sri Racha, Chonburi Province. The man’s penis had also been severed with a sharp object.

A Khao Sod reporter investigating the cases found the first man hiding under his bed covers in the hospital ward. Despite appearing exhausted and constantly trying to hide his face under the covers, the man agreed to tell the reporter what had happened.

The patient said that he worked at a Kawasaki motorbike factory in Pluak Daeng District, was married and had a six-year-old son. He often argued with his 32-year-old wife, who lived in constant worry that he would leave her for another woman.

On the night of April 26, he had been drinking at a friend’s house. When he got home, his wife accused him of being out with a kik (mistress or casual sex partner). An argument ensued and when the fighting eventually died down, the man fell fast asleep, owing to all the alcohol he had drunk.

As he was sleeping, he felt a sudden, searing pain in his groin. He looked down to see what must be every married man’s worst nightmare: blood pouring from his genitalia and his wife leaving the room clutching a bloody knife.

The man said that he tried to pull himself together and look for the severed part of his penis, but could not find it. He then ran out into the street to find someone to take him to hospital, he told the reporter.

The other victim understandably refused to speak to the press, so it is not clear what led to his member being detached.

A nurse involved in treating the pair said that the first man had arrived about an hour before the second. Both men had their penises cut off at the base, leaving only the testicles, the nurse revealed.

Doctors stitched the cuts closed and inserted catheters. Both men were in stable condition physically, but were in very poor mental states and seemed unable to come to terms with their losses, the nurse said.

Duty Officer Adison Phanthusak from Pluak Daneg Police said the first victim’s relatives had reported the crime and police are now hunting for his wife, who fled with the couple’s son.