A woman in Chon Buri’s Si Racha district got a big surprise when she found a huge water monitor lizard in her home and called rescue workers in a panic. The lizard, over 2 metres long and coloured gold and silver, had wedged itself behind a refrigerator in the home of the woman, who was not named. Workers from a local rescue association arrived at the home in Village 6 in the Bowin Subdistrict, but the lizard managed to evade them and hid in the engine space of a nearby vehicle.

Rescue workers and local residents had to remove some parts from the car to safely get the animal out. They say it will be relocated to a forested area nearby. They stated the lizard was in good health and unharmed, although anxious due to the commotion caused by the capture. The house’s owner was also shaken up by the incident.

In Thailand, water monitors are seen by some as bad luck and the name of the lizard in Thai, “Tua Hea”, is also often used as a curse word or strong insult. 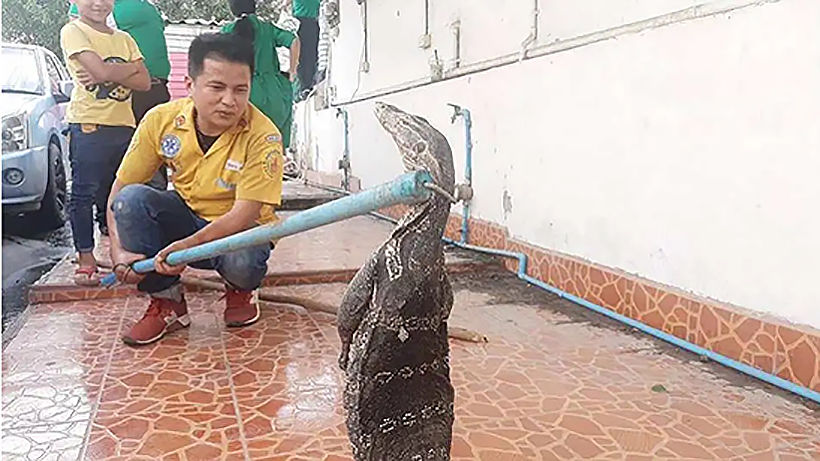 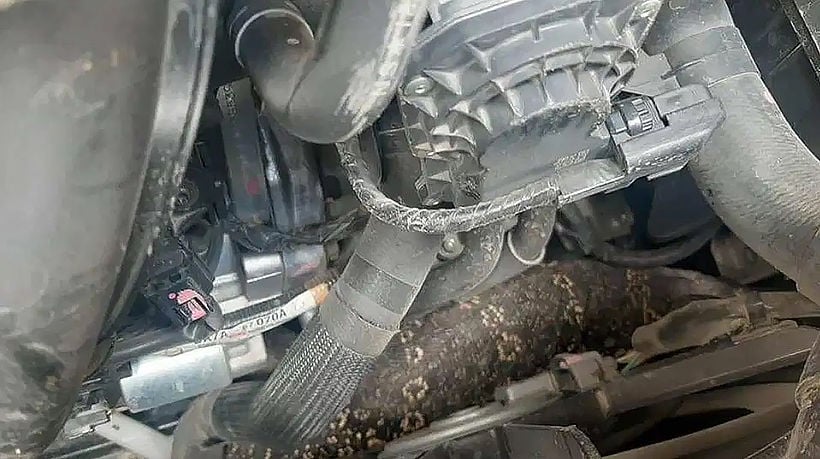