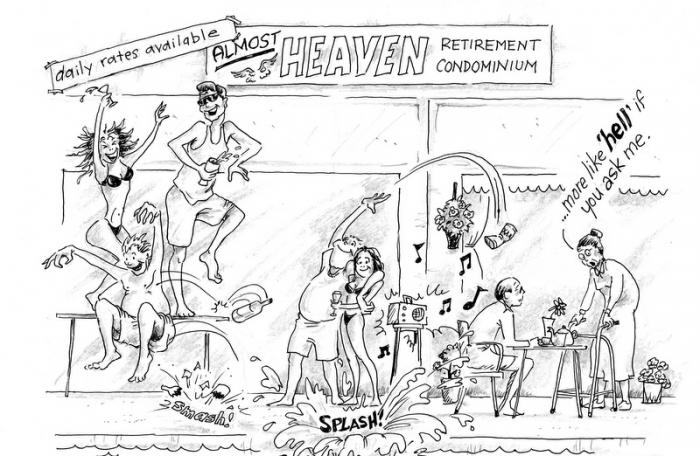 PHUKET: Despite the additional damage it may inflict on Phuket’s long moribund property market, the Thai Hotels Association (THA) is justified in pushing the government for better enforcement of the Hotel Act.

This legislation was intended to create some semblance of a level playing field over the vast and varied Thai lodgings industry, but its reasonable objectives have not been met due to lack of enforcement. In fact, the unfair situation it was meant to redress has only worsened since its enactment back in 2004.

One of the key measures of the Act was the requirement that rooms in condos, apartment blocks and similar establishments no longer be rented out on a daily basis.

This restriction is justified given all of the safety measures and other requirements that legally-registered hotels must adhere to. These include the need to report all foreign guests to the Immigration Bureau within 24 hours, to mention just one. In Phuket, hotels are also required to pay the Phuket Provincial Administration Organization’s 1 per cent tax on rental income.

Being totally ‘off the grid’ when it comes to paying tax, their illegal counterparts are not burdened by such expenses and safety requirements. This allows the owners and agents of the gray market rooms to easily undercut the legally-registered hotels, at least in terms of price. While this may be good news for budget travellers, paid sex practitioners and criminals on the lam, it is patently unfair to the minority of accommodation establishments that actually play by the rules.

The proliferation of unregistered accommodation establishments has very significantly changed the landscape of the Thai lodgings market. Even now, it is possible to find 500-baht-a-night accommodation in no-questions-asked ‘resorts’ that may as well be located on former planet Pluto, for all the Revenue Department knows of their existence.

But the warnings to Phuket condo owners that they risk prison terms for renting out rooms on a daily basis come from, among other agencies, the corruption-tainted Phuket Land Department (PLD). For the sake of the minority who do play by the rules, we hope that the PLD’s impending enforcement effort is a bit more sincere than some of its previous work – such as the vetting of land title applications.

Ministry of Farang Affairs: You need an expensive car