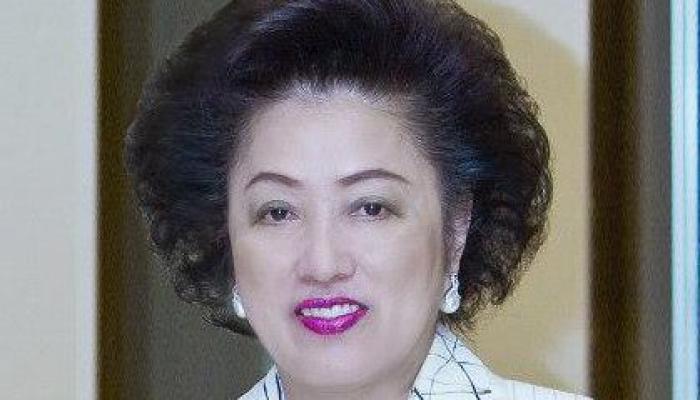 Former Phuket Senator Tunyaratt Achariyachai, 59, represented Phuket in Thailand’s Upper House for six years. She graduated with a master’s degree in public administration from Manila University in the Philippines.

Here, Ms Tunyaratt identifies her proudest achievements during her term as senator and what she still sees as the critical issues facing Phuket.

PHUKET: When I was voted into office, some people doubted my ability to perform well as a senator. I am proud to say I worked, at the very least, as well as my male counterparts – with honesty and willingness, focusing on the common good rather than personal gain.

My proudest achievement is the major upgrade to Phuket International Airport. As I was the chair of the Senate Standing Committee on Tourism, I asked committee members to come to Phuket and see for themselves how poorly the airport facilities served the millions of tourists who come to the island each year.

The committee saw firsthand how poor the airport restrooms were, for example. Even the tap water was very dirty and stank. They also heard reports from officers of how tourists sometimes waited three to four hours to clear check-in, immigration and customs, and saw for themselves how the departure lounges were far too small for the number of passengers waiting to board planes.

After that fact-finding visit in 2009, an emergency budget of 30 million baht was provided for
immediate, short-term improvements. But soon after, the full plans for the 5.7-billion-baht expansion currently underway were drawn up and presented to the Cabinet, which quickly approved it.

At this stage, I strongly believe that ensuring Phuket’s tourism industry remains sustainable is our top priority. Phuket is famous worldwide as a tourist destination and the island generates an enormous income from tourism for Thailand.

Yet, as Phuket has become more developed, the very things that attract tourists and form the cornerstone of our tourism industry have been placed in jeopardy.

I would like to see Phuket’s natural beauty rejuvenated as the island’s key attraction. The top priority here is to stop all encroachment onto national parks, protected forests and beaches.

We also need to control how many operators work on the beach. We cannot have too many, as this will cause too much friction through competition and other problems later on as more and more people try to set up their patch on the sands. For example, we cannot have beaches overrun by beach umbrella operators, otherwise there will be no space for tourists to enjoy the beach.

We also need more community projects bringing together local residents and tourism business operators to maintain the cleanliness of our beaches.

I can remember how beautiful Phuket’s beaches were. I would like to restore them to their former glory so everyone can understand how special Phuket really is.

Another critical issue is personal security. Phuket already does not have enough police officers, but the number of tourists coming to the island and the number of people moving here to call Phuket home keeps on rising.

It is very difficult for the current number of police officers to protect all these people, to keep them and their property safe from harm.

Setting up CCTV networks is one way of protecting against many forms of street crime, such as bag snatchings and other forms of robbery, but other types of crime are much harder to guard against. And once criminals realize they can get away with a particular type of crime, they will keep doing it.

I did my best to tackle these issues and I hope the new senator will continue the fight to protect and serve Phuket.