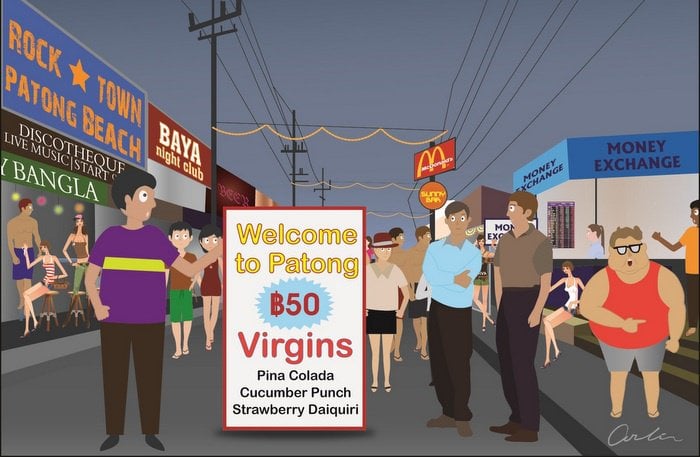 PHUKET: Enforcement of Thailand’s Alcohol Beverage Control Act has been inconsistent since it was passed in 2008. Restricting it further will penalize those who play by the rules, while heaping more reward on those who do not.

Some of the more rational aspects of the act, such as banning the sale of alcohol at roadside service stations, have been fairly well enforced and, as a result, have most likely helped reduce deaths and injuries on our roads.

However, when it comes to keeping alcohol out of the hands of minors, the act is full of inconsistencies and confusing regulations that are difficult to remember, let alone enforce.

First and foremost, the sale of alcoholic beverages to minors (under 20) is already illegal. Nevertheless, since its inception, the act has imposed impractical restrictions on the times that alcohol can be sold by retail outlets: from 11am to 2pm; and again from 5pm until midnight.

The rationale was that it would keep schoolchildren from acquiring alcohol on the way home from school – even though the sale of alcoholic beverages to minors is already illegal.

The actual result is that many ‘mom and pop’ stores have benefited enormously by selling booze to anyone at any time.

Rather than revising existing law, the Ministry of Public Health is now on the verge of passing unprecedented regulations that would forbid alcohol sales within 300 meters of an educational establishment. Fortunately, it has finally been clarified that only universities and technical colleges qualify as ‘educational establishments’ for this purpose.

It is unreasonable to expect that adding a spatial dimension into the new restrictions on alcohol sales would have any effect on underage drinking.

A more likely result is that already-overburdened law enforcement officials will throw their hands in the air and the situation on the ground will revert to what it was some 20 years ago, when bars stayed open until the last customer left and booze was available for sale to anyone who could afford it, at almost any outlet, registered or otherwise.

Without last week’s clarification of what an educational establishment is, the impact on tourism could have been devastating. Banning alcohol sales within a 300m radius of any and all places of learning would put hundreds of tourism-related companies out of business: consider the Ban Sai Nam Yen School in the heart of Patong, or the music school in Central Festival.

Many business owners should count their lucky stars that at least some reason has now prevailed.