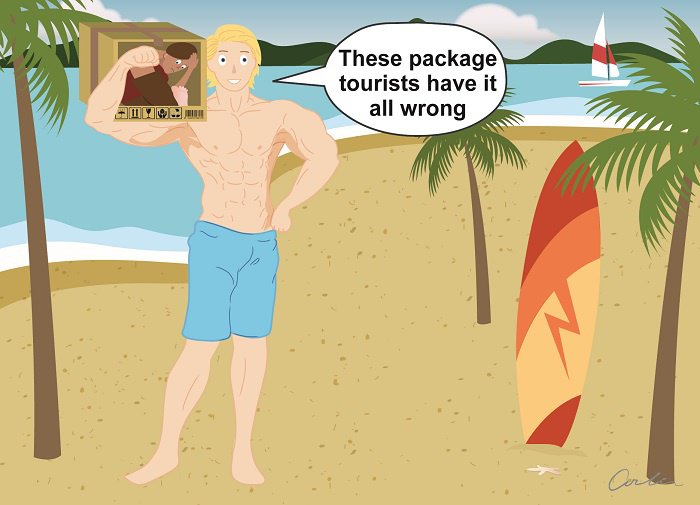 PHUKET: Good news for Phuket’s all-important tourism industry comes with indications that the sharp downturn in arrivals from Russia in the first quarter of this year is expected to be short-lived, with a solid recovery for this important market sector projected for the fourth quarter, according to industry analysts.

The huge increase in the number of tourists from Russia to Thailand over the past decade has been nothing short of phenomenal, rising steadily from under 200,000 in 2006 to more than 1.3 million in 2013.

Despite a slight drop-off last year, Russia is Thailand’s third largest source country for foreign tourists (after China and Malaysia), and has emerged as the single largest ‘European’ source country, as classified by the Ministry of Tourism and Sport’s Department of Tourism.

This influx has not only dramatically changed Phuket’s tourism demographic, but also set off a great deal of discussion and debate, especially in English-language social media. While the positive economic aspects of the so-called ‘Russian invasion’ continue to go largely overlooked in that realm, there has nevertheless been a great deal of critical stereotyping over the way Russian packaged tourists are said to interact with their Thai hosts, travellers from other countries – and even among themselves.

Such perceptions are nothing new and constitute little more than the latest manifestation of the ‘hospitality fatigue’ that we have encountered with each and every quickly emerging tourist source market, the first waves of which typically reach our shores as part of packaged tours.

We have seen similar phenomena when other markets like the Korean and, more recently, the Chinese markets were on the rise.

While it remains up to the reader to decide the veracity of stereotypes, there is little doubt that a great deal of snobbery tends to be directed at packaged tourists generally by their more ‘FIT’ (free, independent tourist) counterparts.

In the case of Russia, we expect a great deal of this negative stereotyping, at least in the expatriate community, mostly due to the superpower’s conflicts – historical and ongoing – with neighboring states.

One of Phuket’s greatest attributes as a tourist destination or second home, is its increasingly cosmopolitan nature. This editorial writer had a chance to join a packaged tour excursion to the Surin Islands a few years ago with a group of Russian tourists. While there was definitely a language barrier, some of them were fluent in English, giving us an opportunity to socialize and exchange enlightening views about the nationalistic brainwashing we were all subjected to as children on opposite sides of the Cold War.

Such interactions can go a long way to offset the kind of knee-jerk stereotyping one might fall into after standing behind a shirtless Russian in line at the check-out counter at a shopping mall, for example.

A resurgence of the Russian inbound market after a fall in the value of the ruble and that country’s conflict with Ukraine will show that Thailand’s internal political affairs are not a hindrance to Phuket’s attractiveness to Russian tourists. Given Russia’s famously long and hard winters and its importance to the Phuket market, we should hope that projections of recovery prove to be correct, and that the 30,000-strong Russian expat community continues to thrive as a result.

Opinion: Coming together in times of need