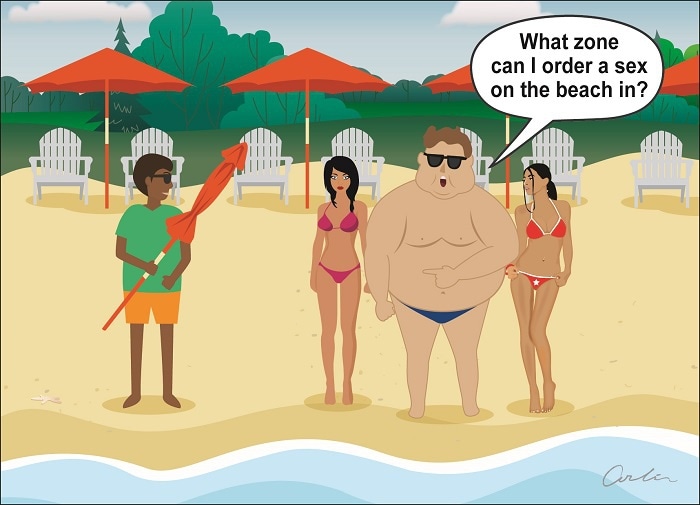 PHUKET: The establishment of Patong Beach as the first strand to implement the ’10 per cent’ rule on beach use brings yet another surprising development in the utterly confusing and unpredictable effort to restore some semblance of order and predictability to Phuket’s beaches.

When the National Council for Peace and Order (NCPO) took power more than a year ago, the emphasis they placed on cleaning up Phuket’s tourism industry was not only commendable, but long overdue.

No previous national government, elected or self-installed, had ever given much serious recognition to Phuket’s many longstanding problems, let alone taken steps to tackle them.

Local governments, especially those controlling popular west coast resort destinations like Patong and Karon, had for years been far more interested in maintaining the lucrative status quo than salvaging the island’s reputation.

The government rightly targeted illegality and collusion in the transport sector as one of its first orders of business. The subsequent bombshell announcement that municipalities had no legal right to use beach land in their jurisdictions as their personal pocket-lining fiefdoms came as perhaps one of the biggest and most surprising outcomes of the May 2014 takeover, at least locally.

Sadly, the intervening eighteen months has failed to deliver a coherent policy about how Phuket beaches, the proverbial Goose that lays the Golden Egg, should actually be managed. The result is that we now find ourselves almost a month into the tourism high-season, with confusion continuing to reign over what is permissible on the beaches – and what is not.

As a resort destination, the wants and needs of tourists should be the primary driver of policy decisions on such issues. Consider the current situation from the standpoint of a prospective first-time tourist, one trying to ascertain through the internet whether or not Phuket should be his or her holiday destination of choice.

They will be confronted with a deluge of conflicting information and contradictory reports about issues as simple as “Will I be able to bring an umbrella to the beach?”; “Can I smoke a cigarette on the beach?”; and “Can I get a massage on the beach?”. Sadly, not even knowledgeable expat residents seem to know the answers to such simple questions anymore. This is unacceptable because consistency is a key component of any successful branding effort.

The Gazette continues to maintain that beach loungers and umbrellas, not just mats, are a key component of what helped the island develop as a world class beach-tourism destination. We need them, but only in manageable numbers.

Ironically, a glimpse at the Patong Beach zoning map, currently in Thai only (oopppps, we forgot about the tourists) confirms that the sole consistency in beach use policy seems to be the unfathomable, yet continued rigorous, support for Phuket’s notorious jet-ski rental industry.

In this sad respect, we live up to our well-deserved reputation of never ceasing to Amaze.