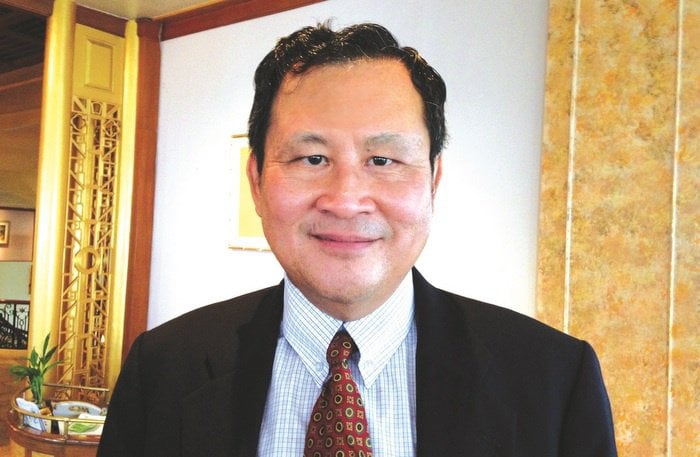 Law Professor Chaisit Trachoetham, 65, has been the Chairman of the State Audit Commission since 2014. He earned his Bachelor’s in Law from Thammasat University, where he is also a professor, and his Bar-at-law and Doctorate from Mahasarakam University. He has been a judge for 37 years, and is also a former president of the Court of Appeals and the Supreme Court.

Here he talks to the Gazette about the importance of the Office of the Auditor General (OAG) and how it helps fight corruption.

PHUKET: The Office of the Auditor General (OAG) is a free organization working under The State Audit Commission. We are responsible for checking and auditing the balance of expenses, property, and income in the whole country.

The OAG does not only audit, but also actually fights corruption as well. Corruption is the enemy of development. Therefore, the more we can work towards eradicating it, the more the country can develop. This is our single most important duty.

When we find any suspicious activity in the financial system of a government office, we ask relevant officers to file a complaint against them and move forward through justice procedures.
Lately, we have found a large amount of corruption in many government project budgets, such as their procurement systems, reimbursements, payments and expenses, among other things.

Recently, many presidents of our Provincial Administrative Organizations have been temporarily removed by the National Council for Peace and Order. This is because of the report they received from the OAG.

Even though we have done a lot of work dealing with corruption, our system still needs to be improved for the future. In addition to our regular checks, we need to go deeper into financial systems from the very beginning.

For now, I cannot say whether Phuket is having serious corruption problems or not. However, we can see the fast development of Phuket as a famous tourist destination.

Population is increasing, along with the number of businesses. Logically, corruption will also increase.

Land encroachment is a very big issue on Phuket. There are many ownership documents that have been issued for land that is not allowed to be possessed. Many buildings were constructed without proper permission.

The OAG has done its best on this issue. Many ownership documents have been canceled. However, to be more effective, we need the local authorities to be more transparent.

The law cannot control everything. People’s attitude and awareness are equally important, as it has to start with the citizens themselves.

Students and youths are the best target to be trained at school, so as to grow up with an anti-corruption mindset.

Corruption is not a difficult thing to deal with if we help each other. Start with yourself and one day we will rid our country of corruption.

Opinion: After the flood