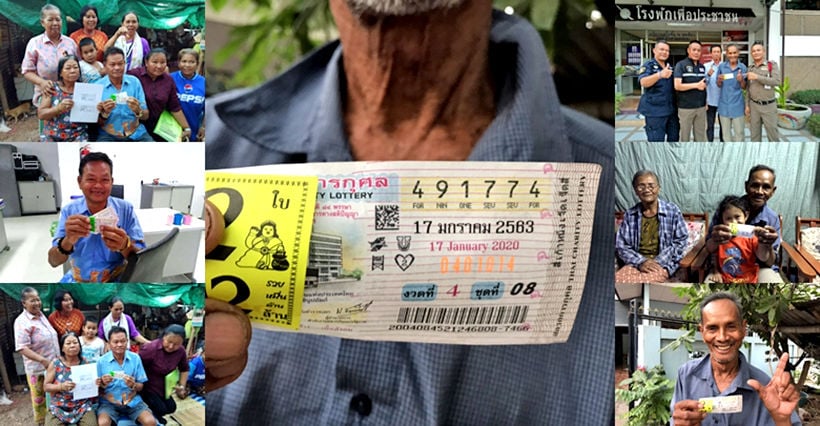 There’s been three big winners for last Friday’s bi-monthly Thai Government Lottery in Thailand’s central provinces. The winning numbers for the latest draw on January 17 were 491774 with winnings of 6 million baht up for grabs for every winning ticket.

73 year old Prakob Pansaior from Jaturas District in Chaiyaphum Province was the first winner. As soon as he realised he had a winning ticket he drove to the Jaturas Police Station to confirm the evidence of his win. He told reporters that he dreamed of his mother who had passed away who gave him some of the numbers. He told INN News that the money will help pay off debts and the rest will go to his grandchildren.

The third winners 40 year old Manit Wannahat from Kaset Sombun District. Manit currently works at the City of Paradise in neighbouring Nakhon Sawan Province. Manit also had two winning lottery tickets bringing in 12 million baht. He and his wife have a 3 year old daughter. The couple said that even winning a two-digit prize would’ve been a surprise. The family promised to plan carefully with where the money will go.