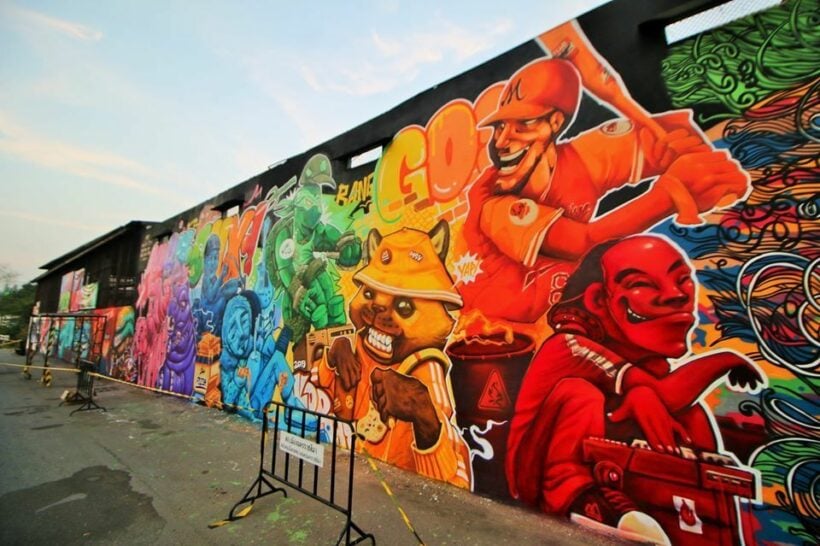 More than 30 graffiti artists are being invited to celebrate the city of Nakhon Ratchasima, more commonly known as Korat.

The Nation reports that the city’s Culture Office is inviting works on the theme of “Korat: the art city”. The move comes as the government named Korat, along with Krabi and Chiang Mai, as pilot cities for the arts. 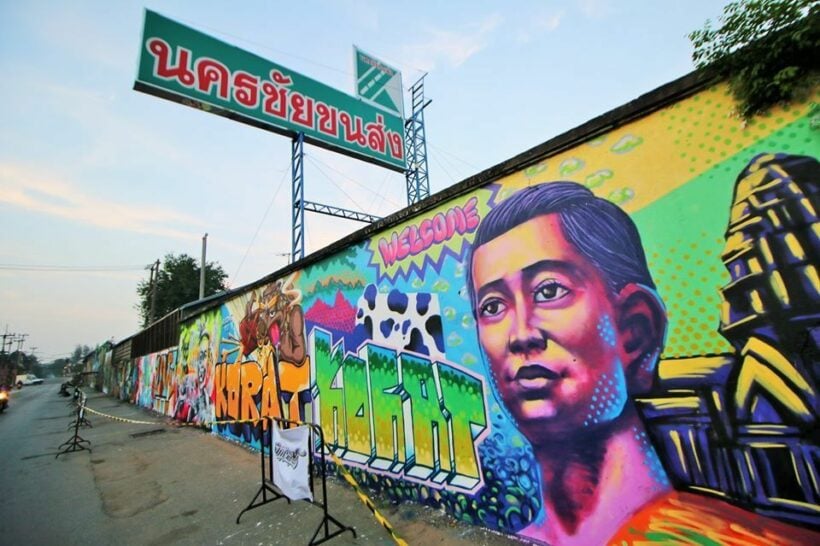 The city’s residents and officials are planning art events and further development of Korat in line with it becoming a city of the arts.

As part of this work, Korat graffiti artists have come together to create a wall of art they’re calling “K Battle Thailand Present”.

At 49 metres long, the colourful wall is understood to be the longest graffiti work in northeast Thailand.