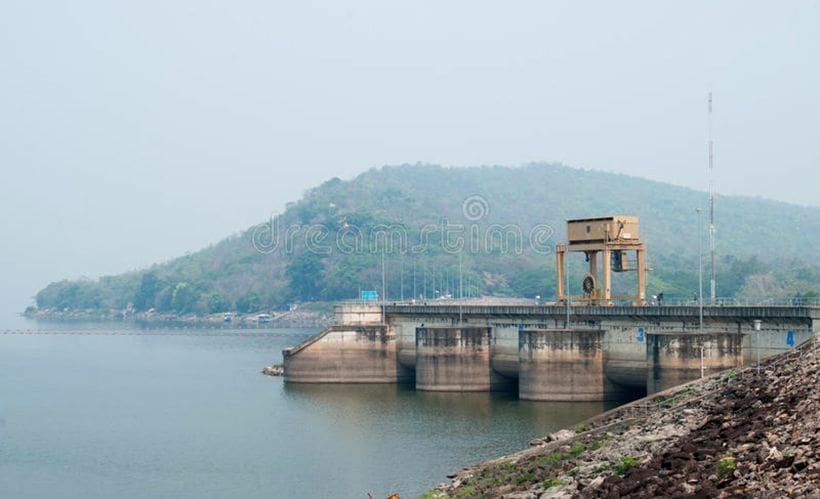 One of the north-east’s largest dams is running dry. And the dry season has just begun.

Now, the same officials are urging people in the province to use water sparingly and farmers to suspend second-crop cultivation and to turn to crops which require less water.

The director of irrigation and maintenance, Songvuth Kitvoravuth, at the Nong Wai project says the rate of water entering Ubol Ratana reservoir has dropped by 25% since August 2018. There are now an estimated 700 million cubic metres left, with only 125 million cubic metres actually available for use because the balance of 575 million cubic meters must be retained for emergency and other purposes.

Officials have also been told to stop providing mobile water pumps to help irrigate farmland in order to conserve water.

The Meteorological Department says that the average temperatures in northern Thailand, including the north-eastern region, will reach about 40C this summer.

Meanwhile, the Khon Kaen provincial administration is seeking cooperation from people in the province to switch off their air conditioners every Friday from 7 pm-8 pm to save energy.