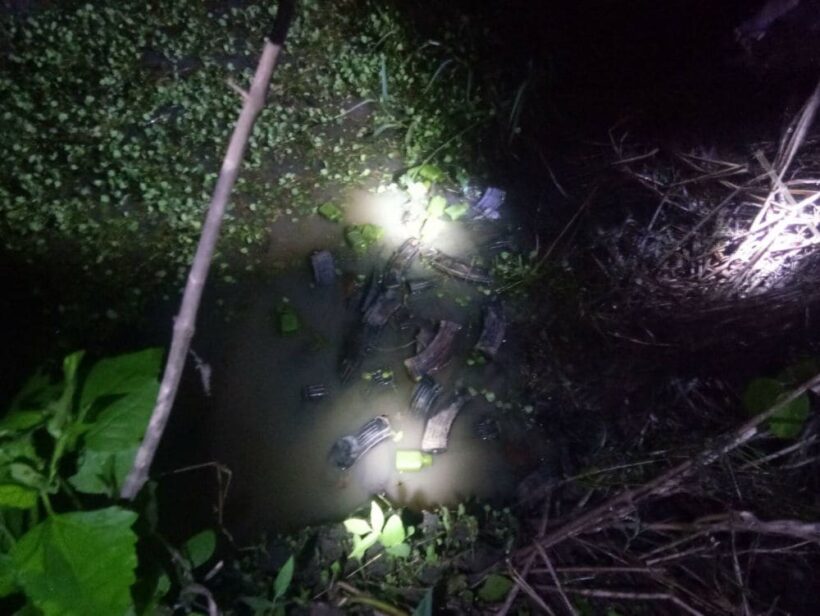 Sixteen AK-47 rifles in four fertiliser sacks were found behind a palm plantation in a well in Surin’s Buachet district, in Thailand’s north-east, right on the Cambodian border.

Police in Cha-ngok village in Tambon Sadao were alerted by the village headman who says that one of his villagers had found the arms cache in the well. A team from the anti-bomb division, border patrol police, forensic officials and the provincial administration rushed to the scene.

The headman told police that the villager had been washing himself at the well when he noticed four sacks partly submerged in the water.

In a bid to find those responsible for dumping the assault rifles, forensic officials brushed the weapons for fingerprints, while officials pumped water out from the well to look for any other evidence that the culprits may have left behind.

Police believe that those who abandoned the weapons were the same group of people who had dumped a cache of firearms in a canal in Si Sa Ket’s Khukhan district last week. 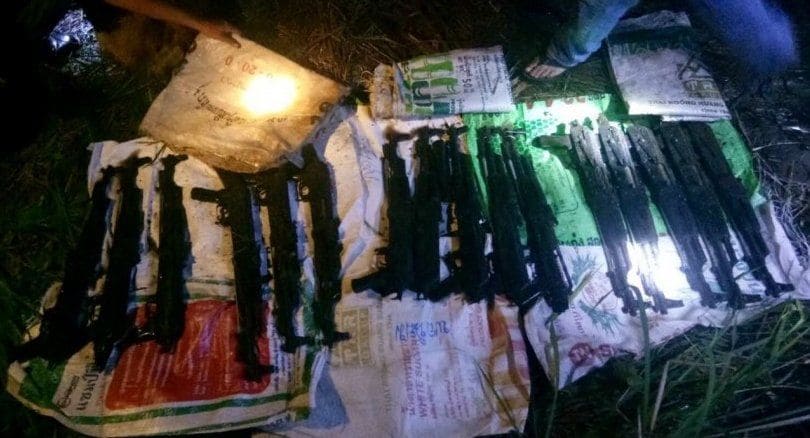 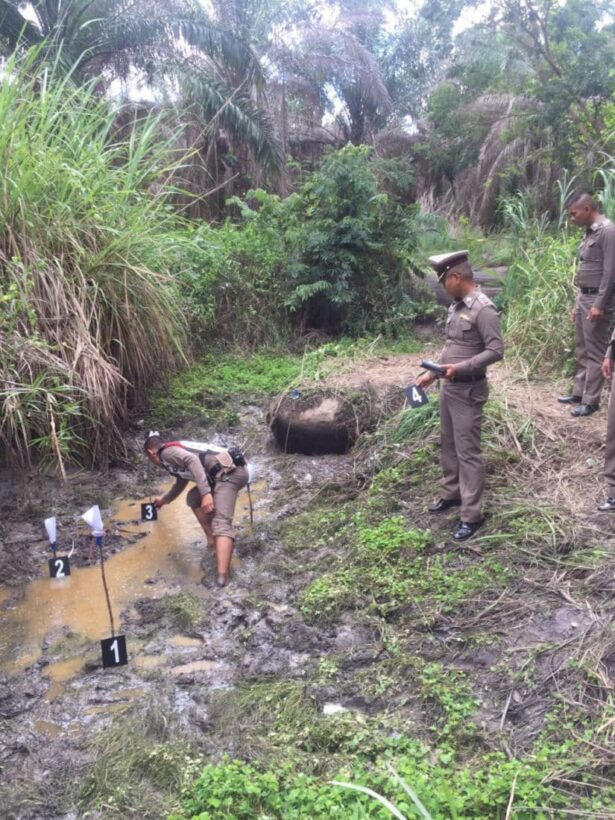