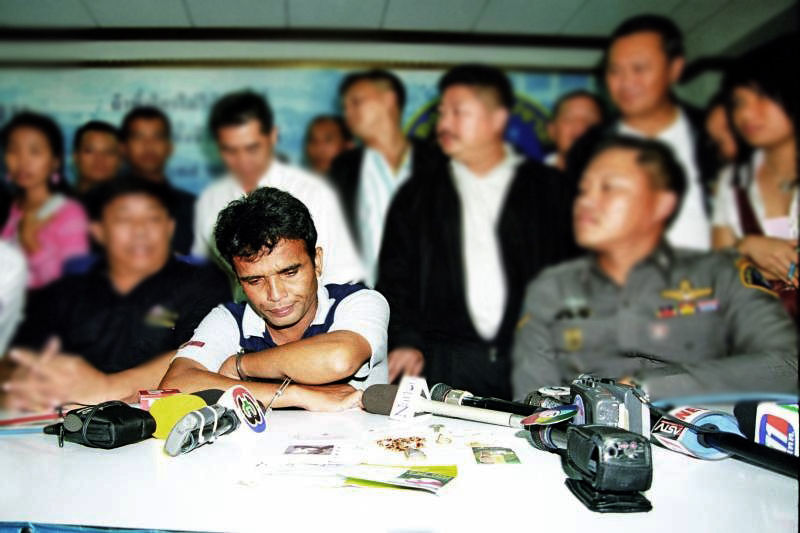 PHOTO: Alleged killer of his sixth victim on Sunday, Somkid Pumpuang (front centre), during his arrest in 2005 for five other murders

Police arrested the paroled serial killer Somkid Phumphuang on a train in northeastern Thailand yesterday. He was wanted as a suspect in the killing of a woman in Khon Kaen province on Sunday. Police discovered Somkid, asleep next to the train window at about 10.35am on Wednedday. He was wearing a cap, his face covered by a mask and he had covered himself with a jacket.

Thai media report he was identified and reported by two students, who noticed a mark on his forehead that matched police photos, comparing it using their phones. Police said Somkid did not resist arrest and was taken to a police station in Nong Sarai district of Nakhon Ratchasima for interrogation.

Somkid, dubbed “Jack the Ripper of Thailand,” is the prime suspect in the murder of 51 year old Ratsami Mulichan at her house in Khon Kaen on Sunday. The victim’s son said she told him Somkid, her new lover, was a lawyer and that they met via Facebook. The ‘lawyer’ was in fact a convicted murderer of five other women for which he served time in prison, recently paroled in May.

Ratsami reportedly worked as a hotel maid. She let Somkid move in with her earlier this month and told her son he was going to buy her a car. Police believe Ratsami, a divorcee, was Somkid’s sixth victim. Ratsami died of suffocation. Her body was found wrapped in a blanket, naked from the waist down, her wrists and ankles bound, with wire fastened around her neck, according to police.

Somkid was arrested and convicted of the the murders of five women in 2005. He was sentenced to death, but in 2012 the sentence was commuted to life in prison because he confessed to the crimes. He was then paroled in May this year. The Corrections Department called him a “model prisoner”.

Meanwhile, PM Prayuth Chan-o-cha has ordered the justice minister to re-examine Thailand’s rules regarding sentence reductions, especially in the cases of violent criminals. 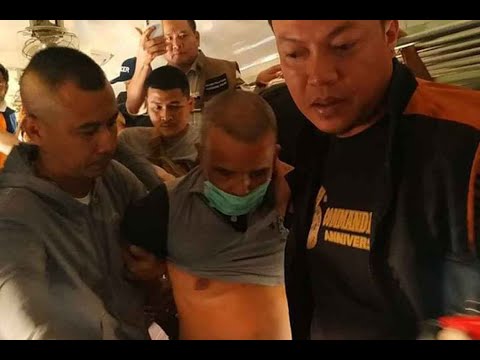