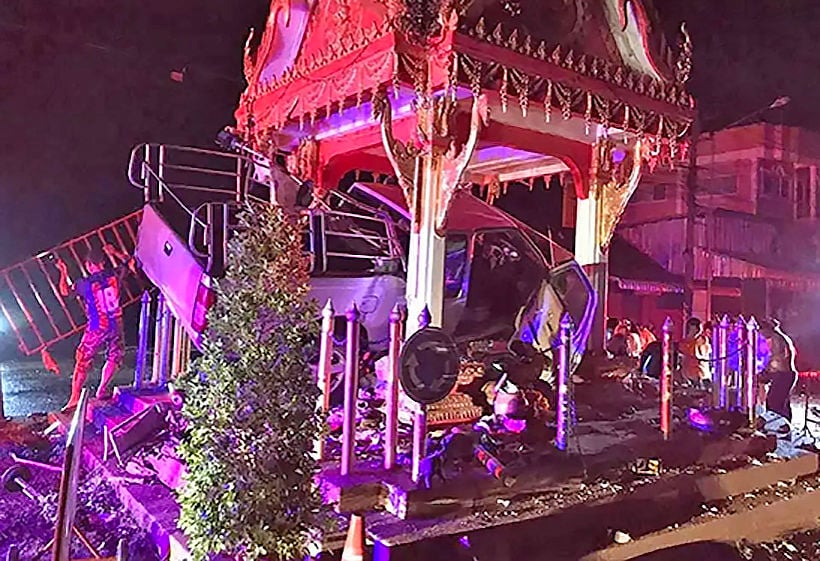 A driver in the northeastern Nakhon Ratchasima province, aka Korat, sustained sustained serious injuries after his pickup truck slammed into a Buddhist shrine. Police were notified of the accident in the Klui sub-district.

Police and emergency responders rushed to the scene to find a pickup truck crashed into a concrete religious pillar shrine in the middle of a roundabout. The unidentified male driver, who police believe to be about 40 years old, had sustained serious injuries and rushed a local hospital.

Witnesses say vehicles should slow down when they arrive at the roundabout and this is not the first time a vehicle has crashed into this particular shrine. Last year, there was a similar incident, according to police. The pillar shrine was heavily damaged and renovated; now, it faces having to be renovated again. It’s unknown whether the driver will face charges. 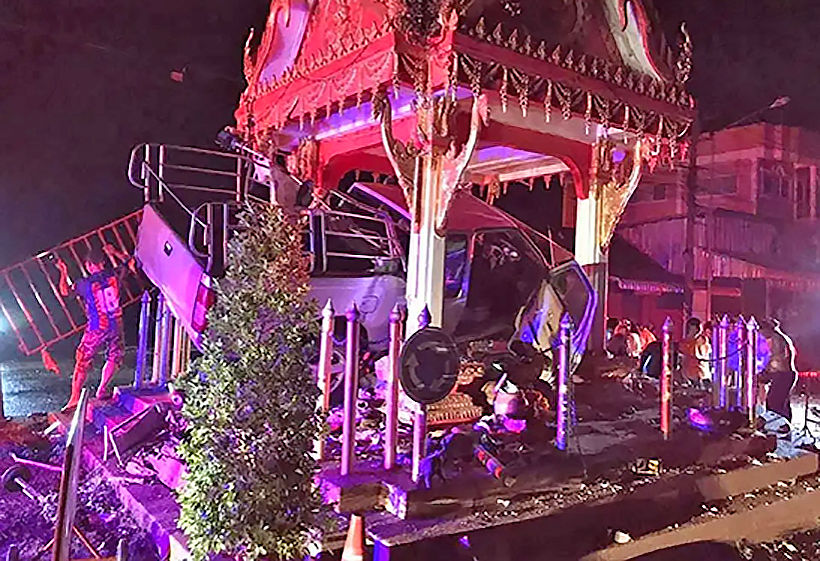 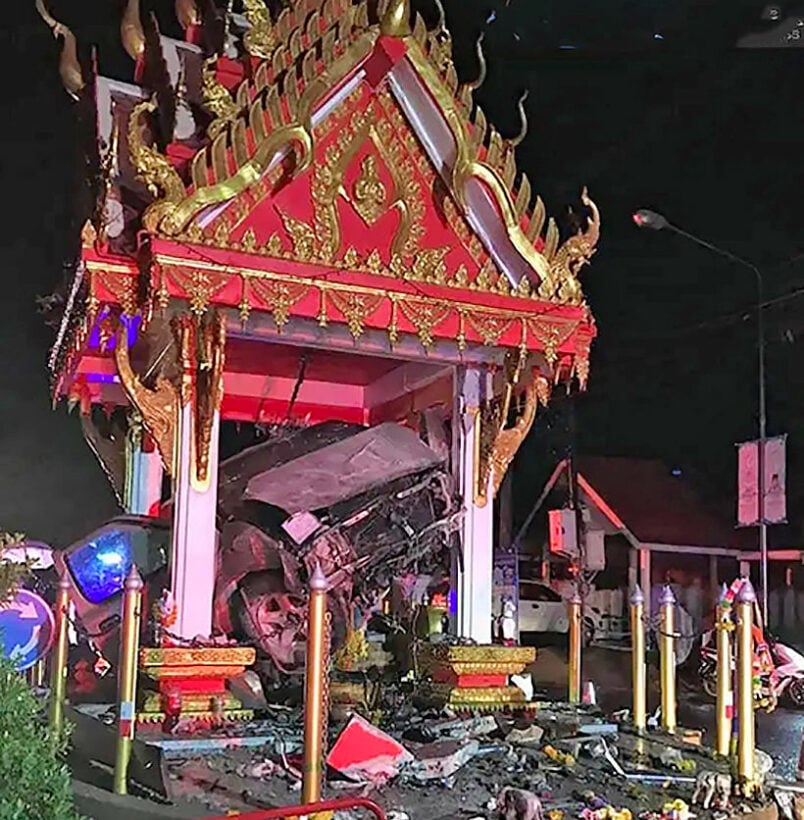 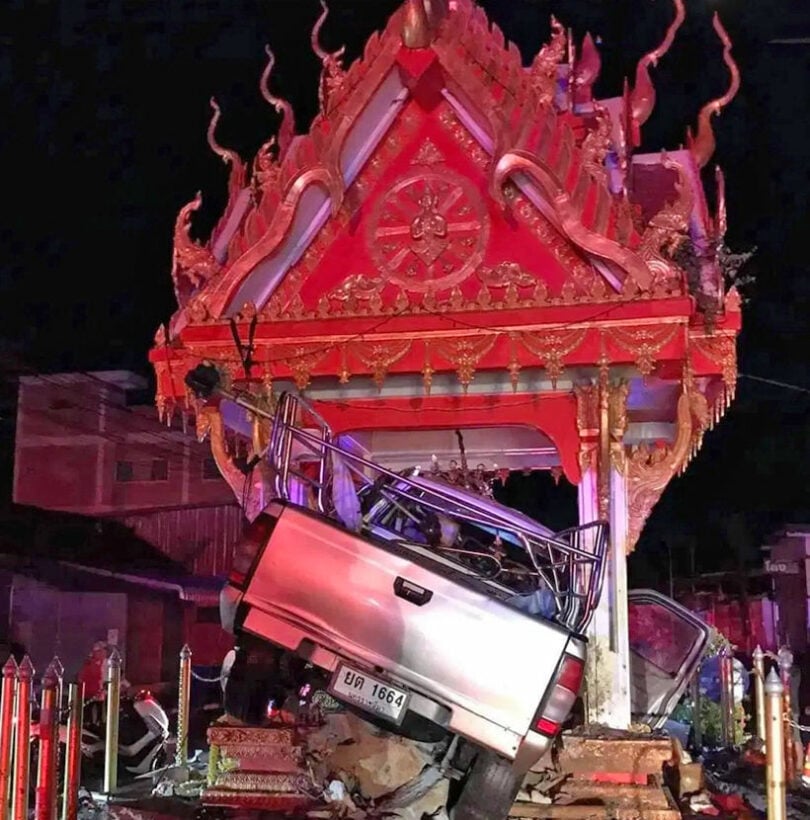