Banmuang is reporting that a 68 year old Dutch man appears to have jumped from the fifth floor of a Hua Hin hotel. The man had been staying in the same hotel for the past month.

It’s reported that many people from the next door Darun Suksa School saw the body as the school broke up for the day yesterday evening.

Lying in a walkway next to the Hua Hin Place Guest House was the body of Robert Hendricus Cornelis who originally came from Amsterdam.

He was dressed in white t-shirt and white shorts. The body was taken to hospital for autopsy.

A maid at the guest house says the man had been staying in a lower floor room for a month. He had passed her in the corridor and looked like “a man with the weight of the world on his mind”.

Guesthouse staff say he went up to the fifth floor area where he often went for exercise and sunbathing. The maid said she heard a thud – she ran out and called the authorities.

She said the deceased was a lovely guy who was a vegetarian and never made trouble for anyone.

Hua Hin police say that CCTV footage is being examined and it appears the man jumped without outside assistance. 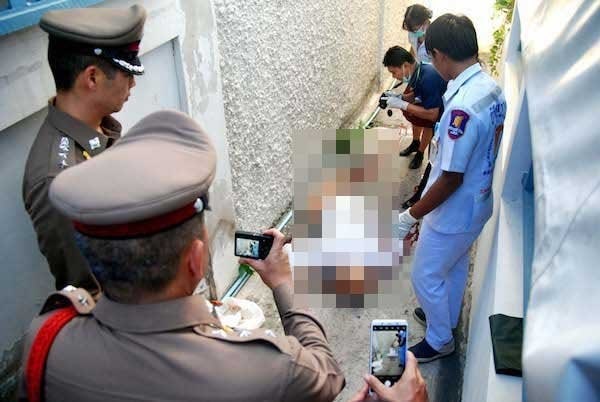 Samaritans is a charitable foundation available to talk to people 24/7.

If you or anyone you know is in need of mental health services, please contact the Samaritans of Thailand at their 24-hour hotline…

National: 260,000 tonnes of electronic and plastic trash imported from China