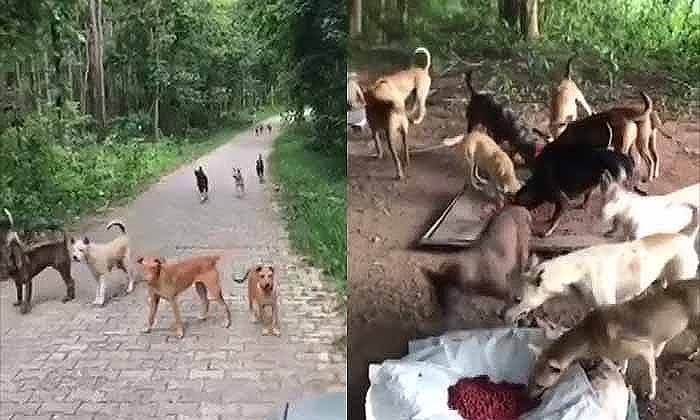 The dogs have been starving and locals are now appealing for help to feed them.

Sank reports that the pack has quickly grown in size after more owners keep dumping their unwanted pets in the car park areas at the Huay Lan and Huay Tone reservoirs in On Tai sub-district of San Kamphaeng district.

Dog lovers have been helping out with food pellets but more help is needed according to one of good Samaritans, Suphatrawee Yoophaet.

She is appealing for people to contribute towards helping the animals live a better life.