The Government brokered a deal where all but four apartments would have to be removed las month. Yet people are now living in the 45 houses on the slopes of Doi Suthep in Chiang Mai. So what’s going on?

The Doi Suthep Forest Reclamation Network said it would post “No Man’s Land” signs around the Chiang Mai mountain housing estate this afternoon marking the perimeter of the controversial housing estate built for members of the Courts of Justice.

The group is demanding that the 30 families who have recently moved into the homes be evicted.

It wants the Courts of Justice to stop ongoing construction and immediately return 45 houses and nine flats in the estate to the Treasury Department, said network coordinator Teerasak Rupsuwan.

The estate has 13 flats and 45 houses and an administrative office building for Appeals Region 5.

The government in early May brokered an agreement that was to see the portion of the property recognised as forestland returned to the Treasury Department and eventually again become part of Doi Suthep-Pui National Park.

The deal allowed for the office building and four flats to remain.

The network was waiting until a June 18 deadline for the contractor to sign over the last phase of the project to the court so the process of returning a portion of the site could begin.

But reports of 30 families moving in since April – plus a rumour that the contractor might miss the deadline – prompted concerns that the court might ignore the order.

The PM’s Office Minister Suwaphan Tanyuvardhana, serving as the government’s referee in the dispute, sent his secretary, Thaworn Phrommeechai, and other members of the central committee to participate in inspection of the site by a Chiang Mai-based sub-panel yesterday.

Suwaphan urged both sides to think of “the common good” rather than how they might benefit as individuals or groups, to be understanding of each other, and to have a positive and non-hostile viewpoint.

“We should proceed with what can be done in the short term while both sides discuss mid-term and long-term solutions based on the law, academic studies, the facts of the locality and other factors,” Suwaphan said. 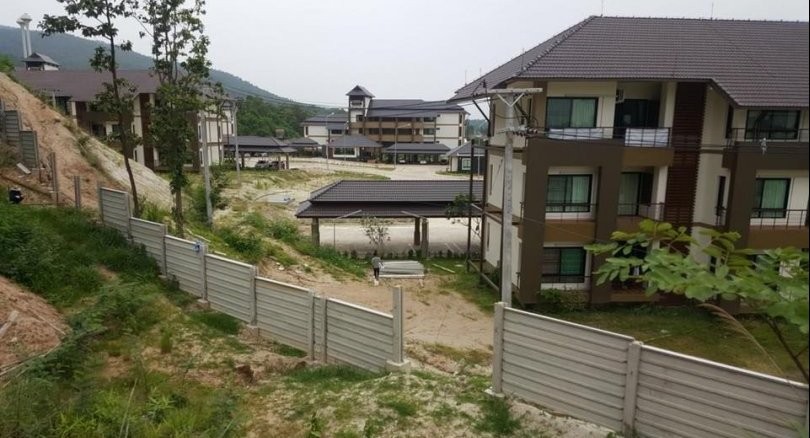