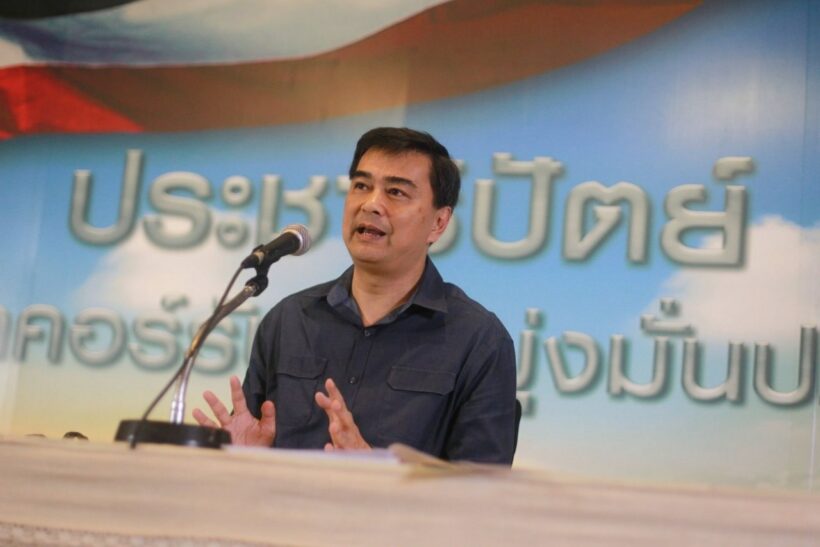 Democrat party leader Abhisit Vejjajiva is urging the NCPO to lift their ban on political activities and gatherings. He notes that the junta shouldn’t be worried that national security could be compromised as a result of the lifting of the ban as it has all the powers to deal effectively with anything deemed a security threat.

Abhisit points out that the main problem confronted by existing parties is that they can’t hold any meetings or undertake any political activities while new parties, yet to be established, can’t set up branch offices. He also warned that the problem would worsen the longer the ban is not lifted.

Asked to comment about the reported attempts to “suck” former MPs into parties which support General Prayut Chan-o-cha as the next prime minister, the Democrat party leader said that this was not unusual as new parties would try to win the elections.