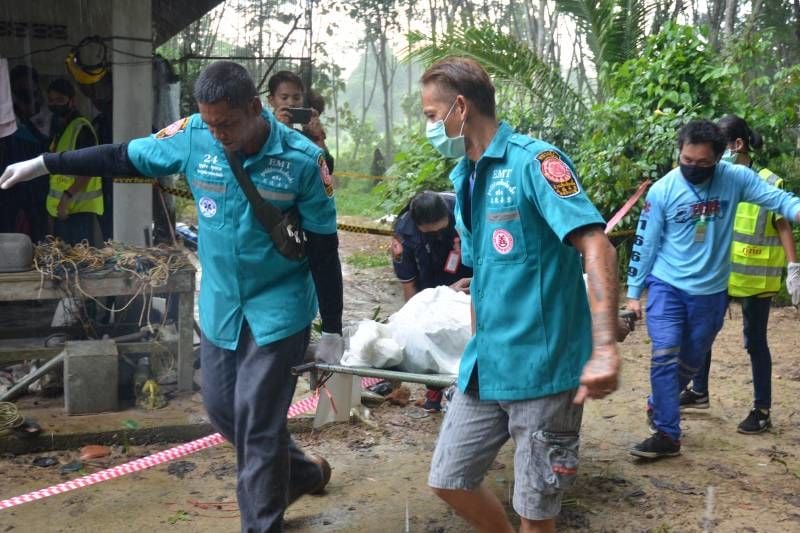 A woman allegedly shot her husband multiple times until her gun ran out of bullets, killing him. When police arrived, 33 year old Julalak Longlalerng had a gun in her hand and was holding her 11 month old child. She told police the baby was not near the shooting.

The husband’s body was found outside the house in Trang. Police say 43 year old Jaruek Burapha had 5 gunshot wounds in the back and 1 shot in the abdomen.

Julalak claims her husband was an alcoholic and was abusive. The couple frequently fought, but she says today he was more aggressive than normal. He smashed the door and the glass windows. She told police she then pointed a gun at him. She then shot him 6 times as he ran out of the house, according to the police report.

Police charged Julalak with murder, but according to the Nation Thailand, the charges may change after interrogation.