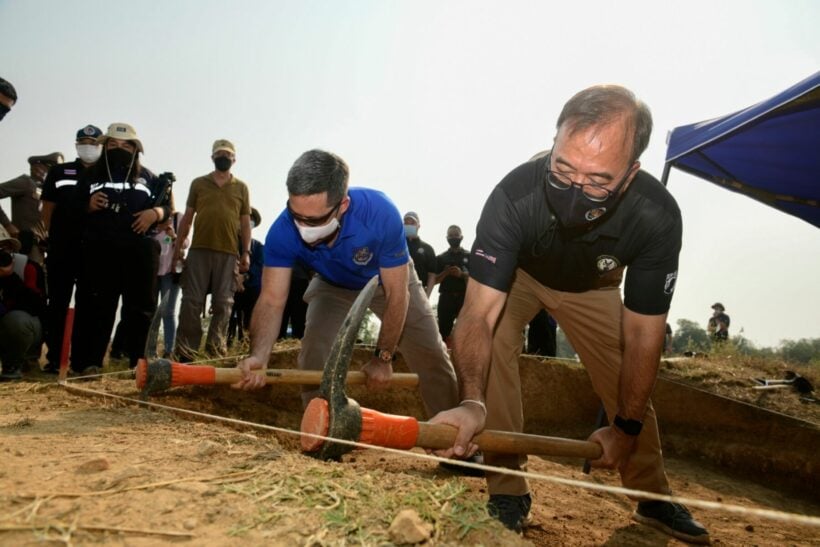 Thai and US authorities joined the mission to search for an American pilot who went missing more than 70 years ago during World War II. The pilot was flying a P-38 Lightning, a single-seated fighter aircraft, and officials suspect he went down in the northern province Lampang.

Thailand promised to support the US mission to bring every soldier back home. US Chargé d’Affaires Michael Heath said he wanted to express gratitude to the local community, authorities and government for helping to fulfill the “sacred duty and promise to the nation.”

“After more than 70 years the United States is still working to bring home all of our service members. This humanitarian mission is a symbol of the great cooperation and friendship between the United States and Thailand. ”

The search effort took place in an empty field near Baan Mae Kua village in the Sop Prap district. Thai media says a 98 year old woman who owns the land said an aircraft went down when she was 21 years old.

The metal detector device was used to find parts of aircraft and recovered pieces will be sent to the Defense POW/MIA Accounting Agency headquarters in Hawaii for further investigation. The soil will also be sifted to find the pilot’s bones.

Aside from the state authorities, more than 30 residents joined the search effort, which is expected to be finished by the end of the month.

SOURCES: Sanook | The Reporters| US Embassy in Thailand

Benroon
Who would have thought that rather than marvel at the comraderie between nations, especially now, that cynical gloom would prevail on here. Depressing

Poolie
11 minutes ago, Benroon said: Who would have thought that rather than marvel at the comraderie between nations, especially now, that cynical gloom would prevail on here. Depressing It's the way these forums go, I'm afraid.