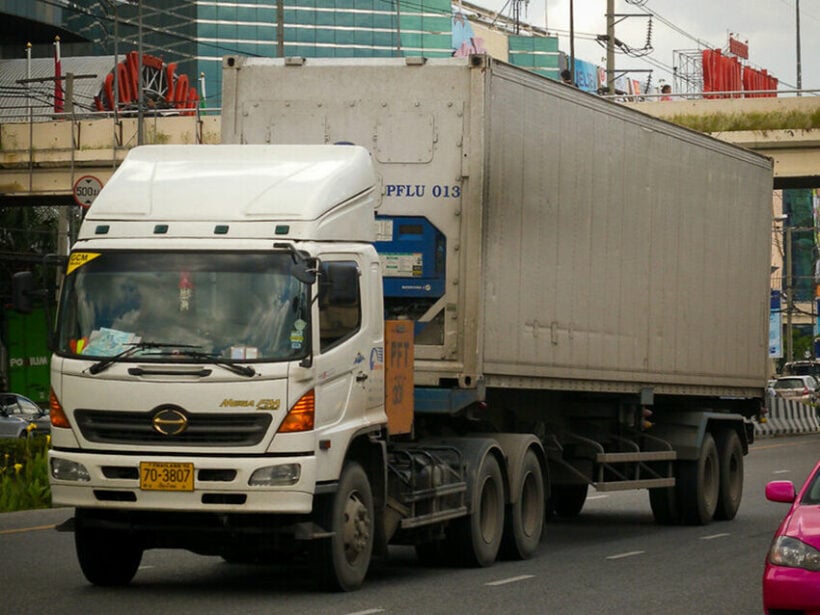 Angry truck drivers say they will protest and camp out in front of if Thailand’s energy ministry if the minister doesn’t lower diesel prices in seven days. The chairman of the Land Transport Federation of Thailand (LTFT) also said the federation would join protests with other groups hurt by Thailand’s rising cost of living, like farmers affected by low crop prices. Right now, the diesel price is 30 baht per litre, but the LTFT wants it to be 25.

The chairman said if the minister doesn’t lower the diesel price, the LTFT might raise transport fees by 15-20%. He said the group doesn’t plan to try to pressure the minister resign, but he wants the minister to help ease their burden from the rising cost. Thailand’s cost of living has risen dramatically in the past few years. In 2019, Bangkok was the second most expensive city in Southeast Asia for tourists and retirees, making Thailand lose its “cheap living” reputation.

Covid-19 has made Thailand’s economic problems even worse, since Thailand’s tourism revenue has plummeted across all 77 provinces. Income from foreign and local tourists dropped by almost 70% in 2021.

Jason
Hang on a minute...this is starting to look like real democracy!!

DoUKnowWhoIAm
While you're at it, would you mind mentioning the gasoline prices? Thanks!