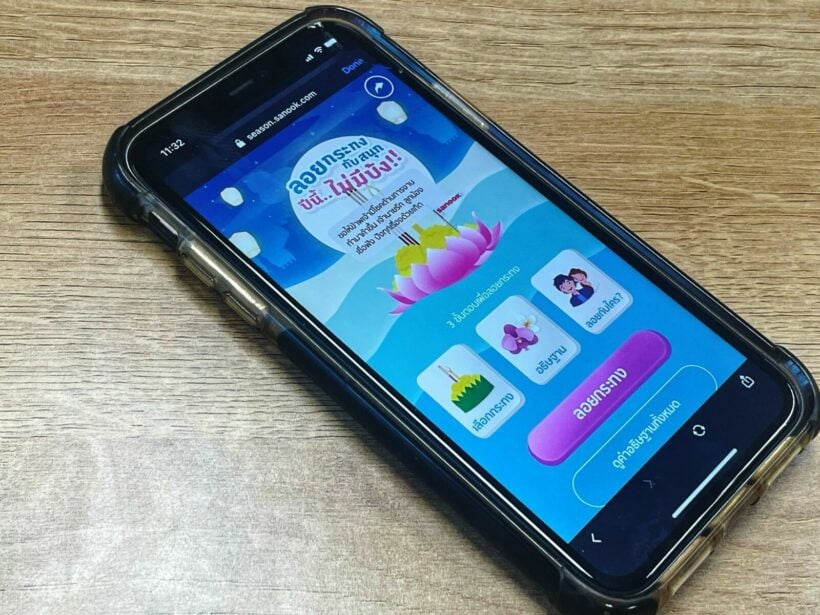 Every year, on the 12th full moon on the lunar calendar, Thais celebrate Loy Krathong, giving thanks to the water goddess by releasing lotus-shaped floating offerings onto the water. Rivers, canals, and other bodies of water are filled with the beautiful offerings, known as krathongs, which are usually made from banana tree trunks and decorated with flowers, leaves, candles, and incense sticks.

But today’s festivities will be a little different as the Thai government is advising the public to practice Covid-19 prevention measures, like wearing masks and social distancing. In Bangkok, proof of vaccination or a negative result from an ATK test is required to enter venues approved by the city to hold large Loy Krathong celebrations.

The government is also encouraging Thais to celebrate Loy Krathong in an online ceremony with a “virtual krathong” to reduce the risk of catching the virus. To “make” and “float” a krathong online, click HERE, HERE, HERE, HERE, or HERE.

The “virtual krathongs” are also do not impact the environment. While the Loy Krathong festival is intended to pay respect to the water goddess, the krathongs trash the waterways and many spread days cleaning up the debris. For a more environmentally friendly option, the Thai government recommends making krathongs out of bread, which fish can eat. Watch the video below on how to make a krathong out of bread.

What to know more? Here’s everything you need to know about Loy Krathong.