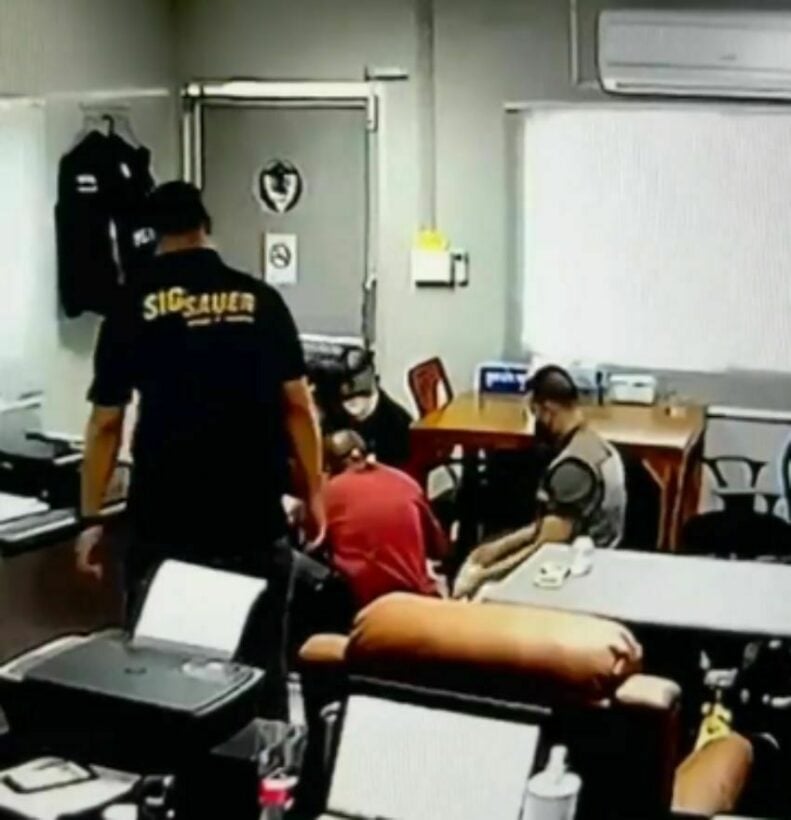 Thitisan Utthanaphon is denying all accusations against him concerning his role in the alleged torture/murder of a drug suspect in police custody in northern Thailand’s Nakhon Sawan’s main city police station, according to his lawyer. Thitisan’s lawyer, Chokechai Angkaew, says Thitisan denied the accusations while he was being questioned. Chokechai adds that Thitisan, aka. “Jo Ferrari” has vowed to fight the case in court.

Last Thursday, Thitisan admitted to ordering the suffocation of the suspect, Chiraphong Thanapat, with a plastic bag while the man was being interrogated. Thitisan claimed his intention was to extract information from the suspect and that it wasn’t extortion related.

Chokechai inferred that it was the right of the suspect to deny the charges against him. Meanwhile, the Lawyers Association of Thailand voiced their concern that senior officers let Thitisan speak to reporters during Thursday night’s press conference. The lawyer’s association says letting a suspect speak to the press is essentially giving the suspect more rights than the law permits, which is against the law.

Prior to Thitisan’s talk with the press, senior police officers had been accused of using the press conference as a way of protecting Thitisan. Such accusation flamed the ire of many on social media who feared the officer, whose mysterious wealth has prompted a separate investigation, would escape punishment. The LAT says Thitisan’s words to the press can be interpreted as the former policeman making excuses or him seeking sympathy, which could influence the judicial process.

“The remarks could influence public feeling or investigators, while damaged parties and witnesses may also be pressured, which could affect the justice process.”

The LAT adds the investigators must determine who took Thitisan to meet with Ekarak Limsangkat, the deputy commissioner of the Provincial Police Region 6, in Chon Buri last week. They say the driver is a key witness in the case and investigators must find out the driver’s identity. Ekarak had told the press conference that he didn’t recall the license plate number of the car Thitisan departed.

AussieBob
26 minutes ago, Rain said: That's not how things work here. The power elite find a way to manipulate most everything their way. Next election?😅 Organised opposition? 🤣 Yeh - I know 😏   But Thailand is right now going through some…
HolyCowCm
1 hour ago, AussieBob said: I hear you mate, and I also worry about the CCP taking advantage and also the Junta going to them for help. But the 'awakening' is happening and there is not a lot the Junta…

AussieBob
23 minutes ago, HolyCowCm said: It seems that strong candidates that oppose them are taken out for something and sidelined. It is how they can get the who to interpret and contort the laws and rules for them and the…
9S_
If you believe this guy well then I have some declining Covid case numbers to show to you!