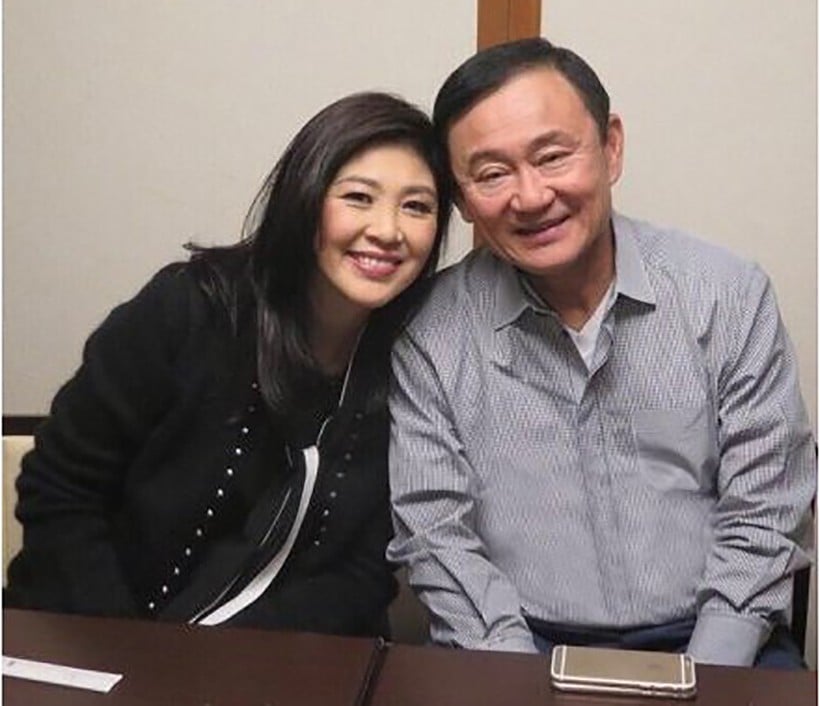 Former Thai PM Thaksin Shinawatra is vowing to keep on his “battle for Thailand’s democracy”, despite living in self-exile overseas for around a decade. This announcement from red-shirt media yesterday (August 9).

The Peace News Facebook page reports that the ex-premier, overthrown by a military coup in 2006, made a speech during his belated birthday party with his sister, another ex-PM Yingluck Shinawatra.

The Shinawatra siblings, both living outside Thailand to avoid facing what they call “unfair justice”, savoured a birthday cake together with their fans from Thailand’s Pheu Thai Party in a Hong Kong hotel, Peace News reported.

“The loss will only come in two cases: loss from death and loss from surrender,” Thaksin reportedly said at the celebration.

“We won’t lose as long as we fight. There is no war, only a battle. War will end when everything is over while the battle is about constant fighting,” he added.

The most important war is that for democracy, he said.

“I’m 69 years old already. I wish to see Thailand prosper again. Importantly, I wish to see dignity return to all Thai people. We used to live with equal dignity, rights and freedom under a democratic government.”

He also slammed “those who spontaneously grab arms to rule and suppress us”, referring to the military coups that ousted him and later Yingluck in 2014, and took over the administration.

“We can’t accept that. The election day will be when people judge whether my words are correct,” he added.

The government under two-time elected Thaksin from 2001 to 2006 was when Thailand saw various major policy changes.

It was also politically controversial for suspected patronage among Shinawatra networks, alleged heavy corruption as well as rights abuse in the drugs “war” and bloody raids in Thailand’s deep south.

Even so, Thaksin has remained politically popular even after he fled from the kingdom. Yingluck then won the general election in 2011.

Who is this week’s Champion of Overstayers? – Operation X-Ray Outlaw Foreigner