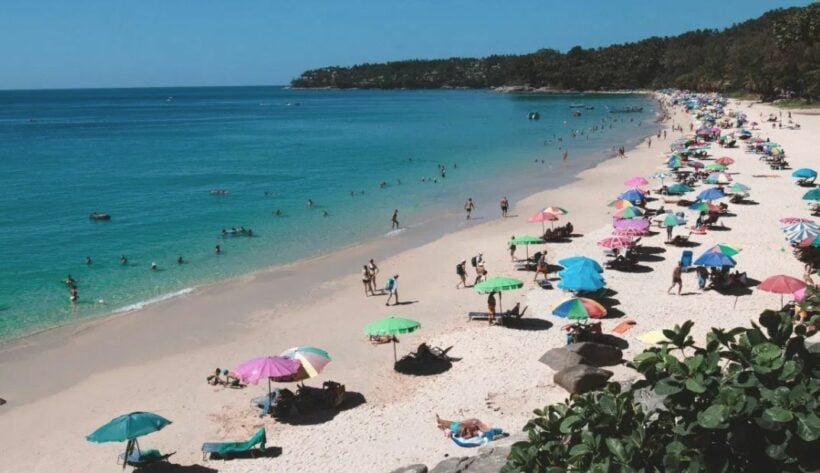 35 new cases of Covid-19 coronavirus have been confirmed in Thailand today.

29 of the new cases were linked to what’s now being referred too as the Lumphini cluster…. the Lumphini Boxing stadium north west of Bangkok city.

Since Sunday 130 new cases have been announced, almost tripling the total cases from last week. A professor at Mahidol University faculty of Medicine is urging the government to announce Stage 3 restrictions. After today all schools will be closed as well as bars, entertainment venues and massage parlours in Bangkok and most of the tourist areas.

After Malaysia announced its nationwide lock down, the Army has announced the temporary closure of the customs checkpoints in Narathiwat, along the Thai/Malaysia border.

After seeing that only Malaysian nationals are allowed to enter into Malaysia, the 4th area command said the border will now be totally closed to help combat the spread of Covid-19. The order was effective from 5am yesterday morning.

Airlines, international and domestic, have been hit hard with the impact on travel following the Coronavirus outbreak. Over the past month there’s been daily announcements of cancellations of flights and rescheduling to cope with border closures and daily changes in the coronavirus evolution. The Thai Cabinet has confirmed there would be a 50% reduction in landing and parking fees for all airlines up to December 31.

There will also be an extension of the reduction in jet fuel excise up to the end of this year, extended from September 30. From March 1 to 16, the number of arriving passenger fell 49% and was as low as 60% on some days.

And the Cabinet has approved 17 billion baht in measures to tackle the Covid-19 crisis and drought. They are reducing water and electricity bills by 3% and returning deposits for installation of electricity meters.

And during a ‘grace period’ of not more than six months, the cabinet has also approved extending the period of electricity payments for specific businesses such as hotels and housing for rent, without interest.

More violence in Thailand’s restive South yesterday as three insurgents were killed in a shootout with government forces near a Pattani dam.

Pattani and its neighbouring provinces are home to a bloody separatist insurgency which has rocked the region for decades. An Army spokesman said the clash occurred about 5pm yesterday, the sixth day of an operation to pressure southern insurgents to surrender. The operation began on March 12 after a clash in which four members of a government force were injured.

Driving past Surin Beach, Phuket, over recent weeks you’d be wondering if you hadn’t travelled back in time to the days, pre-military coup (2014), when the umbrellas and cheap white plastic sun lounges were ubiquitous lined up along Phuket’s beaches.

Cherng Talay President Ma’Ann Samran, has confirmed that the beach chairs and umbrella operators have, indeed, returned to Surin Beach last week. But locals say the vendors have been back in full swing since at least last December.

The Army kicked the pesky vendors, umbrellas and cheap plastic white sun lounges off Phuket’s beaches following the coup in 2014 and designated Surin Beach a cleared beach in honour of a visit from HM King Bhumibol back in 1959.