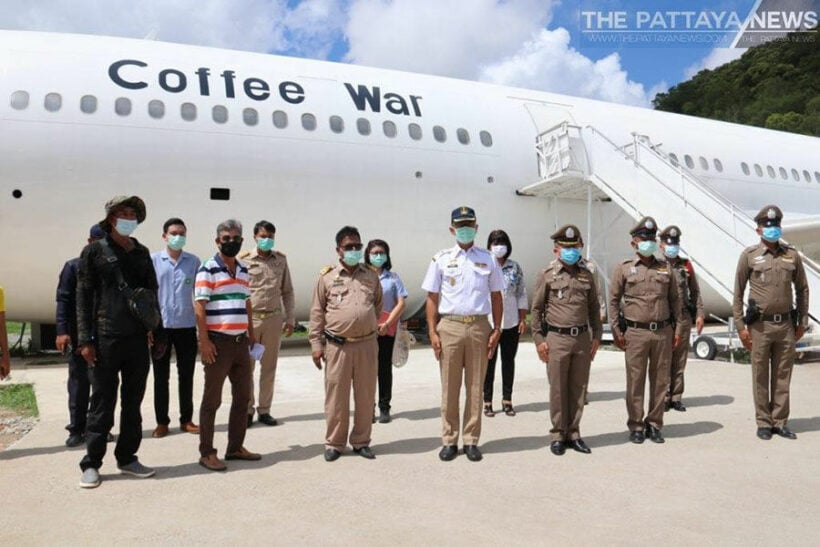 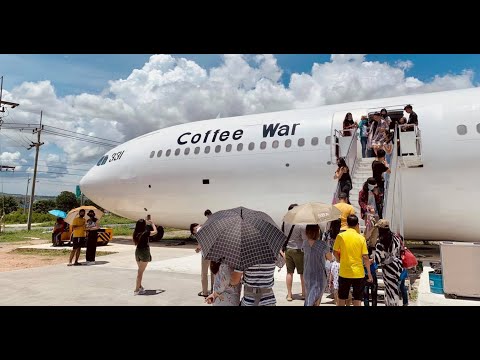 July Songkran plans pushed back to later in the year

People won’t be throwing or spraying water on each other next month. Celebrations for Thai New Year – Songkran – were rumoured to be moved from April to July, but it now looks like it’s going to be pushed back later this year.

The annual celebrations could even be separated to be on non-consecutive days, according to a source in the Government.

Many businesses and schools are still just opening back up and adjusting to “new normal” regulations. PM Prayuth Chan-o-cha said a long holiday would not be good for government agencies that need to remain at work at this time. He said the holiday might be rescheduled later in the year.

A coffee shop set up in a decommissioned Airbus 330 has been ordered to close temporarily after the business simply became too popular after going viral on social media.

It’s understood thousands of customers a day were arriving for a latte or cappuccino from “Coffee War” in Sattahip, in the south of Chon Buri province.

Apparantly the aircraft cost 10 million baht and was converted into a quirky cafe selling coffee for between 60 and 80 baht a cup. But health officials have asked the coffee shop to close for a week, in an attempt to alleviate the daily overcrowding and dissipate the enthusiasm. The aircraft was formerly part of the Thai Airways fleet. There might be some more unused aircraft available soon…

The move is seen as a way of strengthening unity within the fractious main coalition party, and to provide unity for the government as it struggles to stay in power beyond this election cycle.

His acceptance of the top job comes just weeks after he told media he was “not ready” to take up the job.

The diminutive general and staunch Prayut ally, has been embroiled in a number of controversies and misunderstandings but has remained a deputy PM throughout the time of the NCPO and then its transition into a new government following last year’s general elections.

On hearing that an historic Buddhist temple is undergoing renovation, you wouldn’t expect cheap floor tiles from the local hardware store to be used… But academics and netizens are, not surprisingly, up in arms after a restoration project in Samut Prakan, just south of Bangkok.

The 300 year old temple was refitted with cheap faux-marble floor tiles and a new aluminium roof.

Such is the damage, Buddhist academics claims the temple has been stripped of its architectural and historical importance. The floors and walls have been covered in white and faux marble-patterned tiles, the carved wooden gable pulled apart, and an aluminium roof fitted.

Today marks the 88th anniversary of Thailand’s transition from absolute monarchy to a constitutional monarchy. Activists from several groups are staging peaceful gatherings across the country to mark the anniversary of the 1932 Siam Revolution.

30-40 demonstrators gathered at Bangkok’s Democracy Monument and played a video reenactment of the speech made by People’s Party leaders after they toppled the government of Rama 8 and established Thailand’s first government under a constitutional monarchy. Activists at today’s protest demanded amendments to the current constitution, written by the junta that preceded the current coalition government.

A motorised paraglider has crashed into a 6 year old child on a Krabi beach. The child was rushed to the hospital and the flyer took care of the medical expenses.

Now, the flyer could face charges from local National Park officials. There were two other flyers in the air at the time.

The pilot somehow managed to kick the child in the head as he was trying to land. The parents rushed to his help and the pilot also helped as they took him to hospital.

Paragliding is illegal on the park’s Klong Muang Beach.