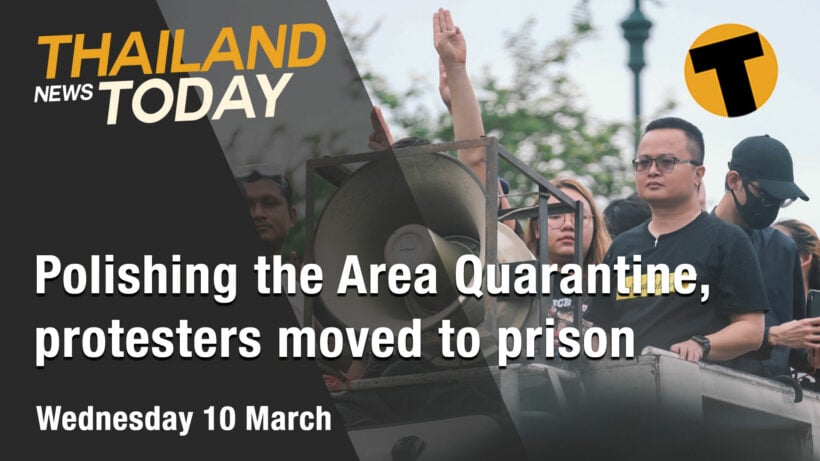 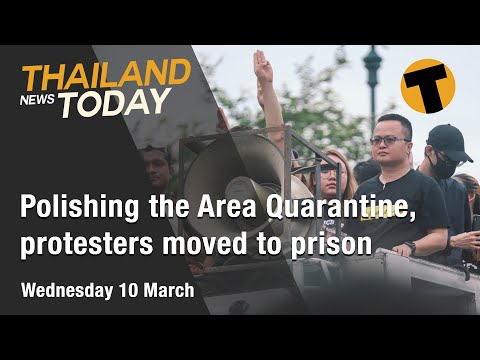 Ministers are meeting in Phuket today to discuss the details of the new area quarantine, the Thai PM anoints the media scrum by spraying hand sanitiser at them…. or something, and the north and north east of Thailand today are facing very poor air quality, Chiang Mai getting the award for having the worst air quality in the world today courtesy of IQ Air.

In what the US Department of Justice describes as a “massive scheme” to defraud the US Navy, a Thai woman who oversaw the foreign defense contractor Glenn Defense Marine Asia office in Thailand is facing charges for involvement in submitting false price quotes, claims and invoices to the US Navy which all added up to more than $5 million USD. She was extradited from Thailand to appear in a court in San Diego, California next Monday.

A number of tourism players and officials, including the Tourism and Sports Minister , are meeting in Phuket today to discuss the details of the new area quarantine, which could be introduced as early as next month.

In response to a survey yesterday about the proposals to reduce the quarantine time, we asked the question…. So the Thai government is looking to cut the quarantine time by half. But you’ll have to be vaccinated before you come. Is that enough to get you to travel back to the Kingdom?

Factories in Thailand are being ordered to “go green.” By 2025, all factories across the country need to have a Green Industry certification which means they are in line with standards set by the UN Industrial Development Organisation to help developing countries move to more environmentally-friendly technologies and initiatives.

3 protest leaders have been transferred from Bangkok Remand Prison to Thon Buri Prison, on the west side of the Chao Phraya just out of Bangkok. The four have been processed including health checks before entering 14-day quarantine.

The 3 face serious charges as a result of their participation in anti-government rallies and have been denied bail. They’ve been sent to a prison for criminals without having been tried. They’ve been charged over the country’s lèse majesté law, prohibiting insulting or criticising the monarchy, as well as with alleged violations the emergency decree.

Air pollution in Chiang Mai, well most of northern Thailand and the north east today, is being blamed for over 30,000 people visiting hospitals serving the northern capital for the treatment for respiratory illnesses. The city, right in the middle of its annual burning season, that creates a thick haze in the skies of the top half of Thailand, has recently taken the top spot of having the worst air quality in the world. The IQ AirVisual air monitoring website listed Chiang Mai this morning as having the worst pollution in the world.

A big thanks to Pawinee Floral and Ceramics in Chiang Mai for sending us the vision.

The threat of permanent closure hangs over a tiger park in the north-eastern province of Mukdahan, due to alleged illegal smuggling of tiger cubs. The Department of National Parks, Wildlife and Plant Conservation has brought charges against Mukda Tiger Park & Farm, also known as Mukda Suan Sua, and ordered the facility to close for 30 days.

Thai PM Prayut Chan-o-cha sprayed hand sanitiser at reporters yesterday, avoiding a question about the cabinet reshuffle and walking out of his press conference followed by a mist of alcohol .