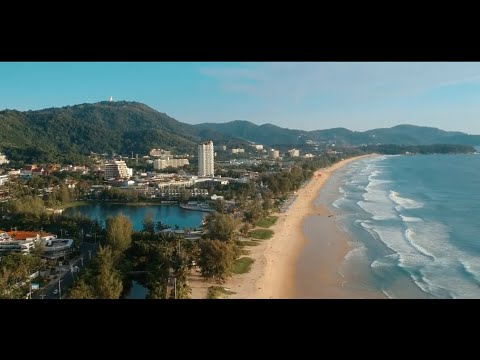 Today there have been 2 new confirmed cases of the Covid-19 Coronavirus in Thailand with 1 additional death.

The 2 new cases consist of 1 imported case from a Thai National being repatriated from Russia last Wednesday. She’s currently under state quarantine in Chon Buri province.

The other was a 49 year old Chinese wife of an Italian who had been infected with the virus in Cherngtalay, Phuket. She has 3 children aged 15, 10 and 7 and currently showing no signs of any symptoms. Cherngtalay is the tambon bordering Bang Tao, which was a hotzone for new cases during April and early May.

The additional death was a 68 year old Thai woman in Chumphon, southern Thailand. She was reported to have had underlying issues when she succumbed to the disease.

She’ll be reporting about the pandemic every weekend from now on.

She’s taken over the weekend duties from the reassuring face Dr Taweesin Visan-nu-yothin who has been an extremely professional daily voice of CCSA since it was established on March 26.

In 2008, Panprapa was crowned Miss Thailand at the age of 20. It had been her dream since childhood to become a beauty queen. Now she’s the weekend face of the daily CCSA reports. She’s yet to be tested when taking questions from the Thai and foreign media.

In a solemn recognition of the reality of Phuket’s stalled tourist industry, a spokesperson for the southern chapter of the Thai Hotels Association is saying most of the west coast hotels are unlikely to reopen until the last quarter of this year.

For now, Phuket’s International Airport remains closed to scheduled flights, and the Tha Chatchai road checkpoint at the top of the island is heavily curating who comes in and out with plenty of red-tape and paperwork. Nationally, the Civil Aviation Authority of Thailand still has a ban in place for all international travel into Thailand until at least the end of June – it could be extended further. The only exceptions are repatriation flights of Thai’s returning home and the return of international diplomats.

Phuket’s issue, as an economy that revolves almost completely around tourism, is that, even if it throws open the immigration gates at the airport and the doors of its almost 100,000 hotel and accommodation rooms, there are few markets that could provide incoming tourists at this stage. Where will they come from? Europe (including the UK), the US and now South America, are mired in their own pandemic outbreaks, and whilst trying to reopen their economies, are facing imminent second waves of Covid-19.

Whilst other parts of Thailand have opportunities to reopen their businesses – manufacture, agriculture, IT, and large chunks of populations visit shops and general trading – Phuket has little of that. Some 50,000+ of the island’s 450,000 permanent population have already departed the island, either before the borders were closed in mid-March, or as soon as they were able to return to their provinces when the road border re-opened for repatriating people at the start of May.

The vice-president of the Thai Hotels Association southern chapter, says that hotels along the west coast might reopen in September at the earliest.

Opposition party Pheu Thai has condemned the government’s management of the Covid-19 crisis, saying total shutdown has had a devastating effect on the country’s economy.

The party says the hard-hitting restrictions imposed across the country have led to high unemployment, with the International Monetary Fund saying Thailand’s economy is the worst-affected in the region.

They add that the IMF is predicting the Thai economy will shrink by 6.7% this year, saying the country has one of the world’s most negative GDP forecasts, despite appearing to have brought the virus under control quite quickly.

Ayutthaya is welcoming visitors again after months of empty temple grounds as another set of restrictions were lifted over the weekend, allowing temples and historical sites to open back up.

The Tourism Council of Thailand president says reopening the historic sites and business for domestic tourists will give tourism operators in the area a “lifeline”. The Buddhist temples had the most tourists over the weekend.