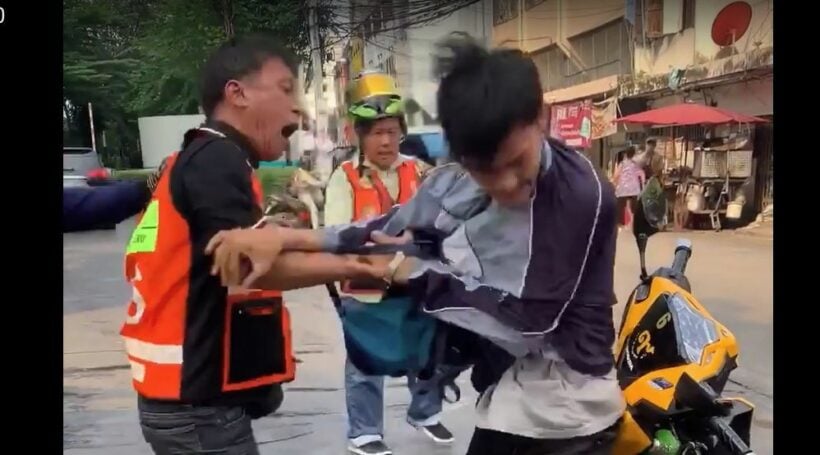 Thai Airways International and its affiliates incurred a net loss of over 12 billion baht last year, that’s 448 million baht more than the year before. The airline has been accumulating losses year on year for over a decade.

Speaking about the losses at the announcement yesterday, the vice president of finance and accounting says that the airline was affected by several negative factors, including a slowdown in global economic expansion, the US-China trade war, natural disasters, the strength of the baht, and price wars with other airlines.

Last week the national airline announced a reduction in salaries and other perks of between 15 – 25% for executives from the president down.

An enterprising junk shop in Saraburi, north of Bangkok, is being investigated after a raid found tens of thousands of recycled face masks being prepared for packing and re-selling.

Thousands of used face masks were found in washing machines, thousands more were piled up behind the shop.

Six young men are now being questioned. Some where separating the used masks, other doing the washing and others ironing and packing the recycled masks.

Meanwhile, across the kingdom people are rattled by shortages of face masks and hand sanitiser amid the COVID-19 coronavirus outbreak.

Public demand has skyrocketed since the announcement of Thailand’s virus-related death. The Private Hospital Association says its medical personnel are being seriously affected by the mask shortage.

A survey of drug stores in several Bangok districts yesterday, shows that many pharmacists and stores stocking face masks ran out of stocks months ago. They say they don’t know when fresh supplies will be available.

A monkey has been filmed lifting weights and doing other ‘tricks’ for tourists at an unnamed zoo in Phuket.

Footage was shot by people recording the video for PETA, the global animal rights group, of the monkey being forced to lift weights and do press-ups as entertainment for the island’s tourists. The monkey is an indigenous Macaque species and named ‘Ning Nong’.

The undercover footage shows a handler forcing the monkey to lift metal weights above its head and do sit-ups. The monkey then has to slam-dunk balls into a net, ride a bicycle, stand on a tiny wooden stool and do press-ups.

It’s not the first time Phuket animal attractions have come under fire with a huge local campaign protesting at the Dolphinarium before it opened and the sad stories of Milo the the orangutan and Dumbo the elephant at the Phuket Zoo.

The Grab driver reported to police that he was picking up a customer at a condominium in Phra Khanong.

He says a local taxi motorbike driver in front of the condo allegedly stopped him and said he was not allowed to pick up customers, that the location was “their territory.” He then told the Grab driver to leave, but both he and the the passenger refused.

As you can see it got a bit nasty….

Of course, two more local motorbike taxi drivers from the same stand in front of the condo joined in the assault. The three local drivers have been charged with causing bodily harm that led to injury. They have been fined 1,000 baht each and paid an additional 3,000 baht to the Grab bike driver and apologised for the incident.