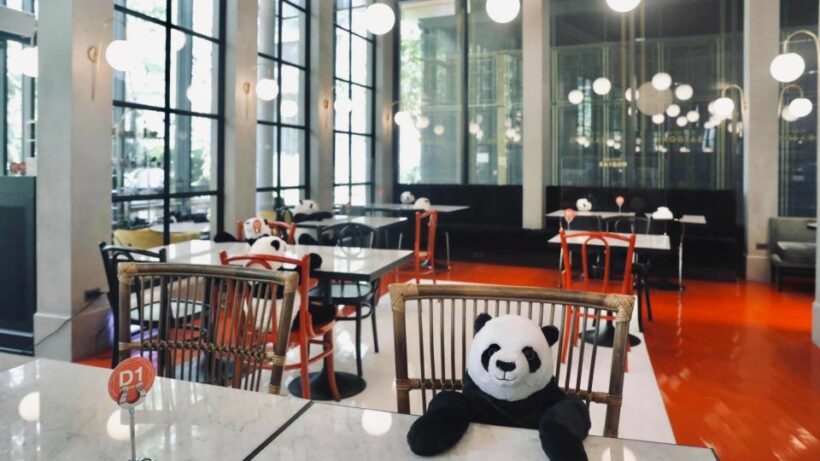 7 new cases of Covid-19 this morning at the daily press briefing. The new cases bring the national total to 3,025 since the beginning of the outbreak.

But today’s new infections are all among Thais returning from Pakistan, 6 men and a woman, aged 17-31. All are now in state quarantine.

No new deaths were reported, leaving the toll at 56.

Meanwhile other changes to the current situation could involve cutting the current curfew by an hour so it would start at 11pm instead and the possible extension of the emergency decree through June, but none of these have been confirmed at this stage.

The 39 year old said his aim was to take his wife and son away from Phuket, which has been a high-risk province, but things didn’t go as planned when he ended up being the one who got infected. Over 200 others have also travelled to the northern city from Phuket, all being tested when they arrive.

He said began experiencing flu-like symptoms during the self-quarantine but didn’t think much of it before they left on their northbound journey.

Now officials are checking on the man’s contacts in Phuket before the family departed, all the places they stopped along the way, and any other people they’ve met up with in Chiang Mai since arriving.

Typhoon Vongfong (aka. ‘Ambo’ in the Philippines) has made landfall, forcing tens of thousands of people to quickly evacuate whilst in the middle of lockdown amid their local Covid-19 outbreak.

The typhoon struck the Phillipines east coast islands around Samar at around noon yesterday. Around 200,000 people living in the coastal areas near Samar have been affected. Vongfong packed winds of at least 185 kph -around the equivalent of a category 3 hurricane.

Now one Vietnamese restaurant in Bangkok has found a more fun way to make sure people are sitting apart but still marking the seat spacing.

Big, stuffed panda bear toys are being placed in the vacant seats instead of red crosses.

The restaurant is Maison Saigon, near Lumphini Park in Bangkok, and the owner thought the red crosses left a negative impression so he found something much more cuddly to take place of the seats that need to remain vacant in this era of social distancing.

Not a single publisher has resorted to using the term food panda in their headline.

One positive aspect of the pandemic is the affect park-closures seem to be having on the environment, specifically some of the animals living in the parks.

Looks like Thailand’s national parks might continue to be closed for at least another 2 months. All of the 133 national parks were initially closed to limit tourism and visits to those areas when the coronavirus outbreak started. Now it appears that they’ll remain closed to revitalise wildlife and plants.