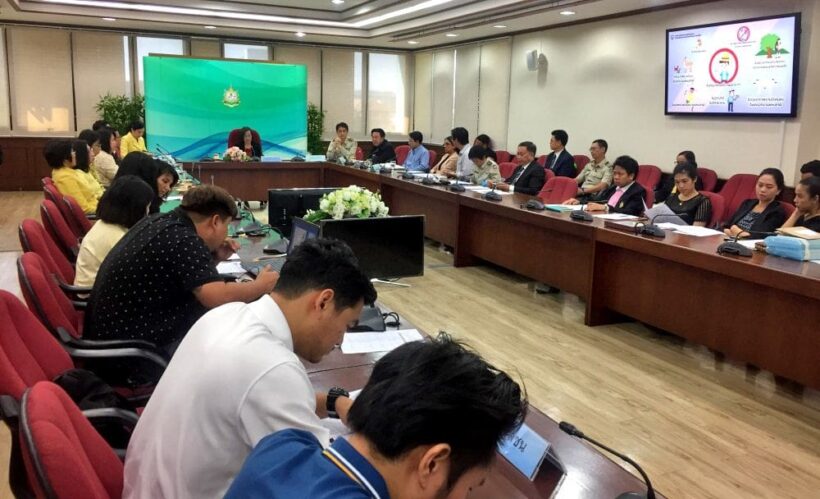 “Emissions in Thailand have also been higher this year, with the energy sector having released 196.5 tonnes of CO2 in the first nine months of this year, marking a 0.98 per cent increase compared to the same period last year,.”

The emissions of greenhouse gases has been rising for two years in a row, reversing efforts based on the Paris Agreement to control the rise in global temperatures and avert the impacts of climate change.

It worryingly indicates that there has been a 0.5 per cent rise in global carbon dioxide (CO2) emissions this year compared to previous years.

The IEA report points out that energy-related CO2 emissions from wealthy countries in North America, Europe and Asia-Pacific regions has grown this year due to a higher consumption of oil and natural gas.

“Our data shows that despite a strong growth in solar and wind energy, emissions have started to rise again in advanced economies, highlighting the need for deploying technologies for energy efficiency,” Fatih Birol, IEA’s executive director, said.

“This turnaround should be another warning to governments as they meet in Katowice this week. Increased efforts are needed to encourage more renewables, greater energy efficiency, more nuclear and more innovation for technologies such as carbon capture, utilisation and storage and hydrogen, for instance.”

Emissions in Thailand have also been higher this year, with the energy sector having released 196.5 tonnes of CO2 in the first nine months of this year, marking a 0.98 per cent increase compared to the same period last year, the Energy Policy and Planning Office (EPPO) said.

However, EPPO said that even though the power-generation sector is the largest CO2 producer, it is the only sector that is releasing a lower amount of greenhouse gases due to an increase in renewable energy, though the emission trend in other sectors is rising.

Meanwhile, Raweewon Bhuridej, secretary-general of the Natural Resources and Environmental Policy and Planning Office, said this increase in emissions will not affect Thailand’s Intended Nationally Determined Contributions (INDCs). Thailand has pledged to lower its greenhouse gas emissions by 20 to 25 per cent by 2030 from the estimated emission rate in a business-as-usual (BAU) scenario.

“Since Thailand is a developing country, we do not have to lower our emission rate as significantly as wealthy nations, who ought to cut down their net CO2 emission rate every year,” Raweewon said.

She added that Thailand has already performed well as per standards set for developing countries. In 2016, Thailand successfully cut its emissions by 45.72 million tonnes of CO2 equivalent, which is approximately 12 per cent below the estimated rate in a BAU scenario.

Raweewon pointed out that thanks to this positive reduction effort, Thailand has already achieved its Nationally Appropriate Mitigation Action, in which the country pledged to lower greenhouse gas emissions by 7 to 20 per cent within 2020.

“However, despite us having done great work in reducing emissions in Thailand’s energy sector, there is still room for improvement in order to transform the country into a low-carbon society,” she said.

“For instance, the government is investing in a mass transportation network so as to encourage people to use public transport instead of driving, in a move to lower emissions in the transportation and logistics sector.” 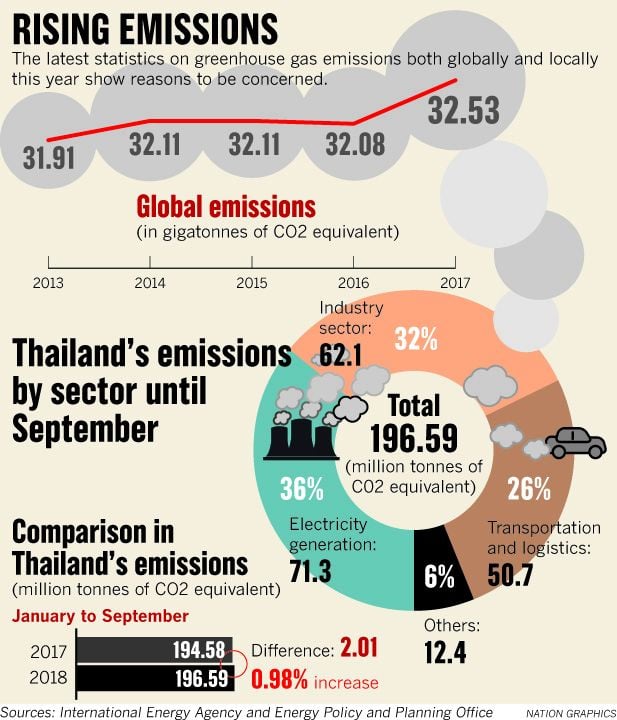