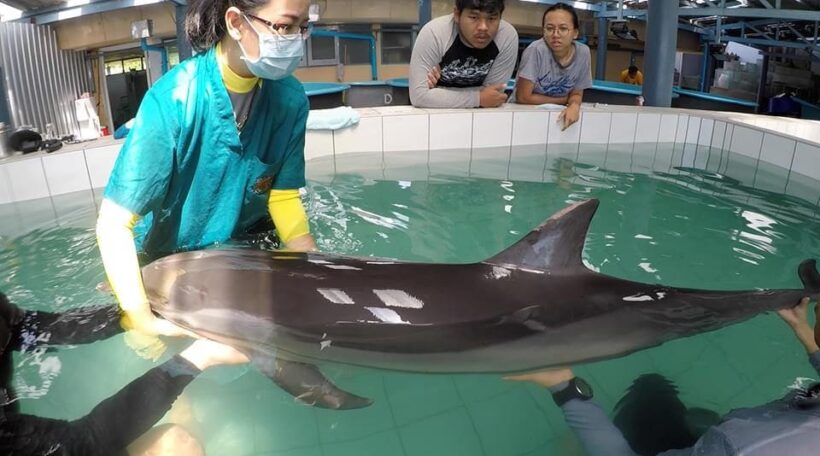 No plastics were found inside the injured Striped Dolphin found at Nai Yang Beach last week. The young dolphin died Wednesday following efforts to save it.

Read more about the sad death of this small dolphin HERE.

ThaiWhales is reporting that both Thais and foreign volunteers were working 24 hours a day to save the dolphin which was named as ‘Binlady’ (means beautiful lady from heaven), since it was rescued from the northern Phuket beach.

The dolphin was weak when found and its condition continued to deteriorate despite efforts to save it. Veterinarians tried to feed Binlady and provided veterinary treatment but the dolphin was too sick and officials believe it was found too late to save.

The autopsy results show that Binlady died of natural causes. No plastics or other foreign materials were found inside its stomach. Attending vets say its lymph nodes had become infected and affected the dolphin’s lungs, chest, liver and intestines. 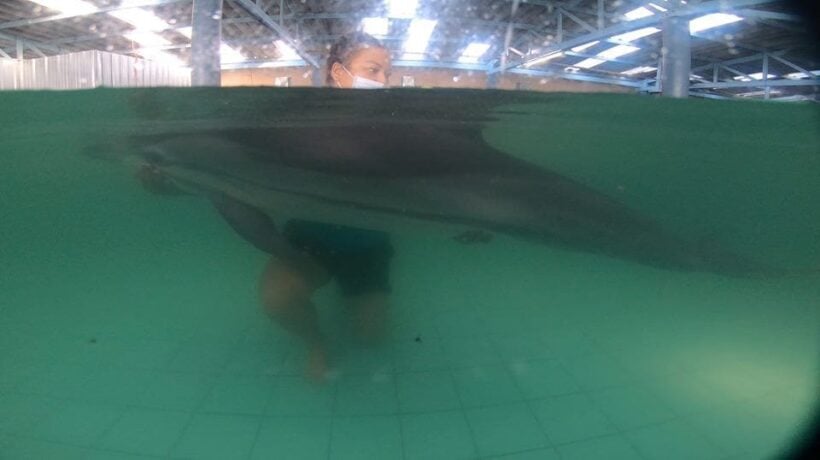 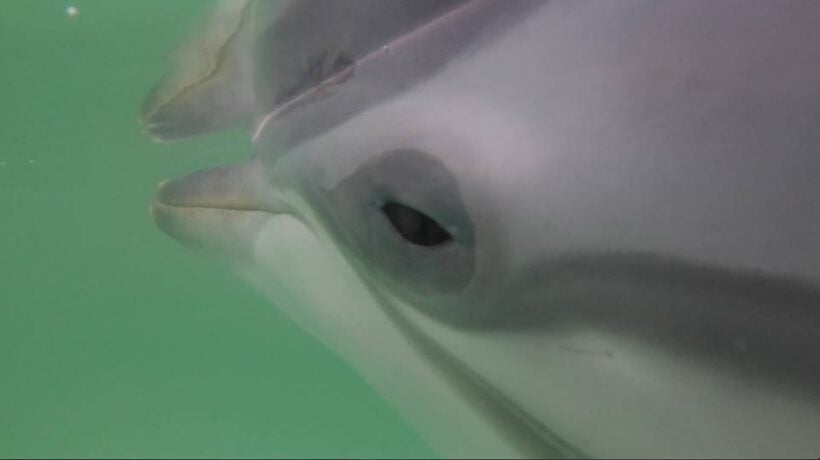 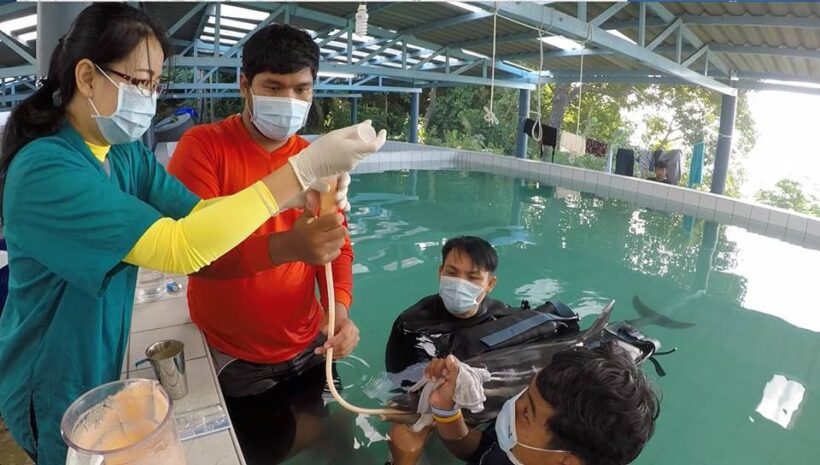 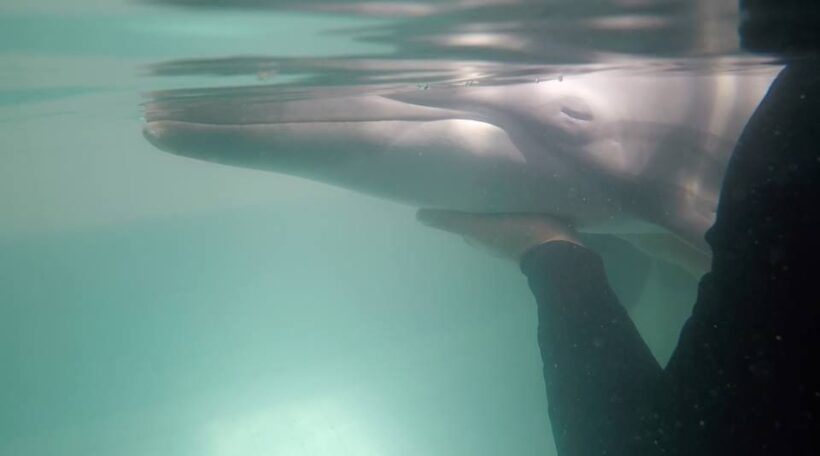 No wind for the big boats, but plenty for the smaller ones – VIDEO