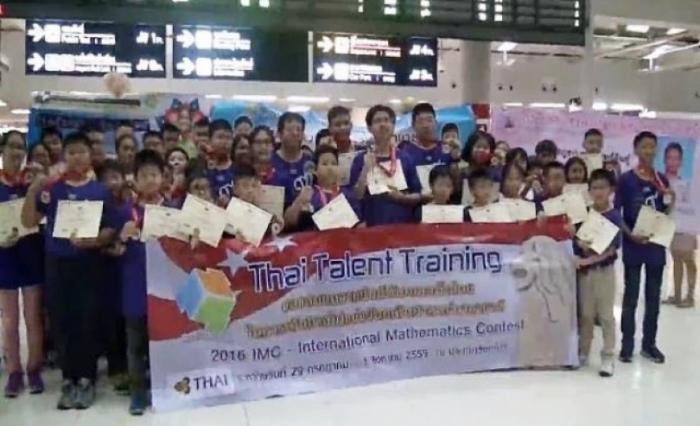 Thanisorn Auttawetchakul from Chulalongkorn University’s Demonstration Elementary School and Vorapas Meejitpaisarn from the Bangkok Christian College were named Grand Champions for having the highest scores.

However, only students from Thailand, China, Taiwan and Vietnam got the highest scores and were ranked as grand champions.

IMC is organized by the International Mathematics Contest Union (IMC Union) – comprised of those who are passionate about making mathematics popular among youngsters across the world under the vision ‘Science has no Borders’.

The union aims to boost an interest in math among young people and encourage them to share their knowledge and make new friends through these maths contests.

Bomb attacks in south ahead of vote