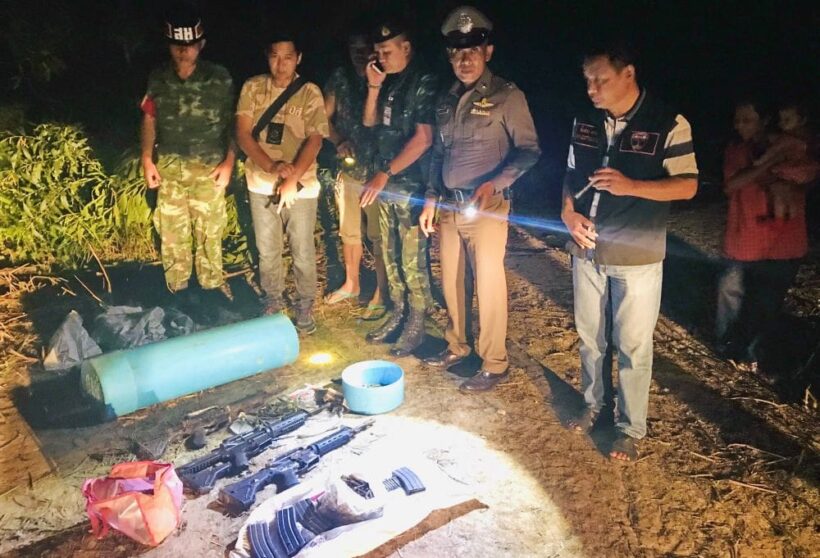 Police are investigating three M4A Carbine assault rifles along with 964 bullets that were discovered over the weekend inside large PVC pipes hidden in thick bushes. Police found the weapons in a tapioca plantation in Chacheongsao province on Saturday.

Police suspect that the weapons found in Panom Sarakham district had been hidden recently, as the guns with serial numbers M320461, M130203 and M320461 were wrapped in two Thairath newspapers dated November 20.

Besides the guns and ammunition, police along with administrative officials led by district chief Thitirat Saengngam also found one empty fertiliser sack, one empty sack of rice from a local rice mill, a pink handbag and a duffel bag.

The weapons batch was discovered by a tractor driver, 65 year old Noo Kaewroj,who had been hired by plantation owner 54 year old Chalai Thamcharoen, to level soil around the pond of the seven-rai plantation.

Thai government being urged to legalise e-cigarettes and vaping

How Thailand became a casualty in the US-China trade war