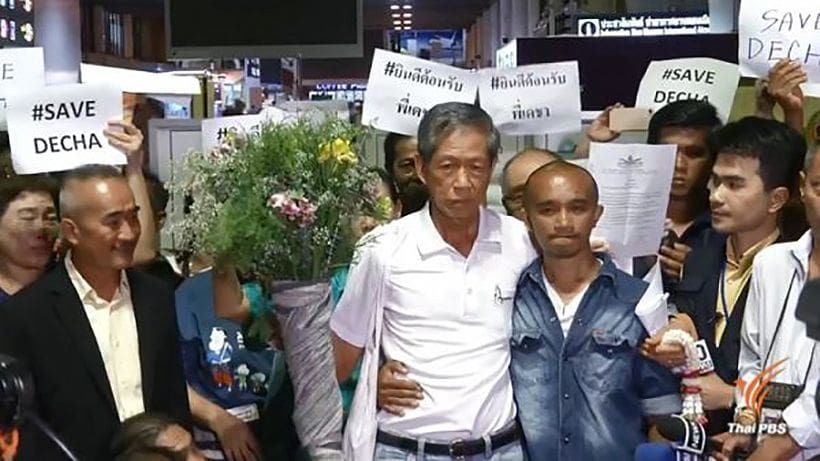 PHOTO: Decha Siripat from the Khao Kwan Foundation and supporters

Patients who were looking forward to gain access to medicinal cannabis oil, produced by the Khao Kwan Foundation’s Decha Siripat, learned yesterday that the Thai Food and Drug Administration have declined to endorse his own version of the drug.

12 organisations have now accused the FDA of procrastination and mismanagement noting that the FDA could have approved the product because it meets all the requirements.

The ‘people’s network’ say the matter should be handled by the Department of Thai Traditional and Alternative Medicine, so that production of the medicinal cannabis oil by the Khao Kwan Foundation can continue uninterrupted.

But Admiral Charnchai Charoensuwan, president of the Thai Traditional Medical Council, clarified that since Mr. Decha is not a qualified traditional doctor, his medicinal cannabis oil is regarded as illegal.

Mr. Decha has been widely recognised by civic groups and supporters of alternative medicine as a medicinal cannabis expert. He has been dispensing his cannabis concoctions to patients suffering from different diseases for several years. Others have complained that he has been able to trade with his potions against the law and without proper registration or training.

He was arrested after an amendment of the narcotics law to legalise medicinal cannabis but many supporters, including high-level politicians (including the Thai PM), came to his aid and he was immediately released.