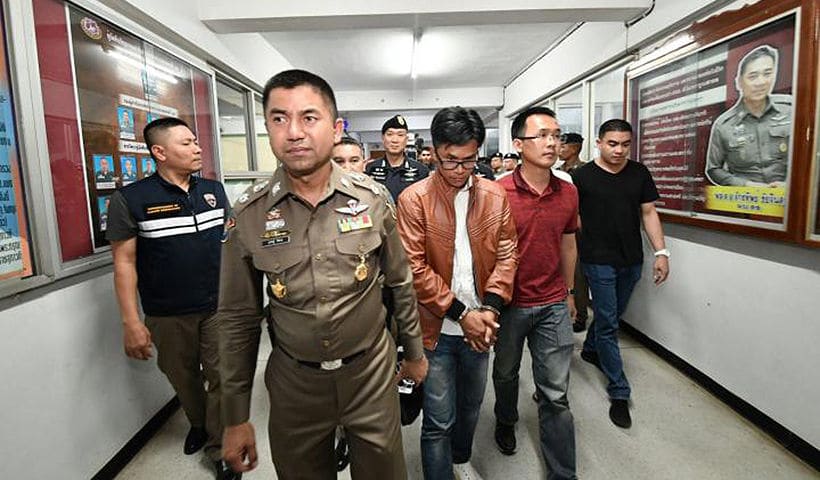 …well, according to enthusiastic reports in the Thai media. Thailand’s favourite police poster boy and friendly neighbourhood crime-fighter, Surachate Hakparn, is poised to make a return to the front line. Thai media are reporting that he may be about to be appointed to the post of Assistant Commissioner of the Royal Thai Police.

In April he was side-lined from active duty after a high profile two year career when he was seldom out of the headlines, rounding up illegal immigrants, chasing down scammers and fronting photo opportunities with overstayers. He was ahead of the game when it comes to Thai policing with a team of media minders and an active social media following.

On any one day he could appear in four of five provinces around the country.

He kept remind us that he was acting on the policy of “Good guys in, bad guys out”.

Once heading up the Immigration Bureau, he started to make enemies with his internal crackdown on alleged corruption at the hundreds of immigration outposts around the country. He introduced a ‘no tip’ policy, shuffled entrenched immigration officials to inactive posts and was responsible for the big improvements at airport immigration – adding new cubicles, more staff, improving training and even adding ‘Chinese Tourist Only’ queues to help cope with the surge in Chinese tourism.

But his steady rise to the top was abruptly cut short when he was unceremoniously dumped from his high-profile post and given an unspecified job at the Operation Centre of the Royal Thai Police. The order was signed by the Thai Police Chief Chakthip Chaijinda. Eventually he was posted as an ‘advisor’ in the PMs office in Bangkok.

Read the story about his sudden demotion HERE.

After a month he headed off to the US for a ‘break’ and was conspicuous by his absence ever since. No explanation has ever been forthcoming from either his superiors or Surachate himself about the reasons for his sudden career demise.

Read the story upon his return from the US HERE.

On Thursday, he was photographed visiting a temple in Nakhon Sri Thammarat. Reports of Surachate’s return have been unconfirmed by the government or head of police.

Unregistered hotels and lodgings told to get their paperwork in order, or close down