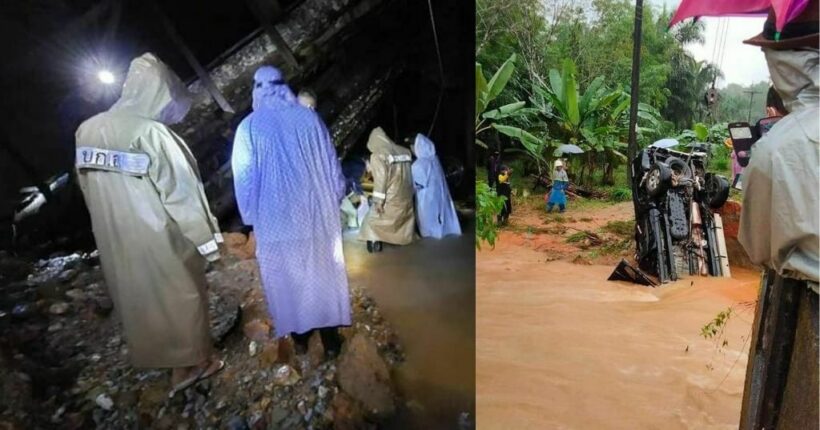 Six people have been reported dead and one missing after a bridge collapsed due to heavy rains and strong currents in the Deep South province Narathiwat. The bodies were found in a submerged pickup truck. Investigators are still searching for another body.

Flooding from heavy rain over the past week has hit several provinces in Thailand’s southern-most region including Narathiwat, Yala, Pattani, Songkhla, and Phattalung. In Narathiwat, floodwater has spread over houses, roads and plantations. Residents affected by the flooding are facing a lack of food and supplies. Locals are being advised to closely watch the weather as more rain could worsen the situation.

Yesterday, a spokesperson announced that PM Prayut Chan-o-cha was concerned about the situation and advised authorities to take care of the residents as soon as possible. The Provincial Office of Disaster Prevention and Mitigation, military troops, volunteer groups, and rescue teams already went down to each area to evaluate the situation and help the residents. 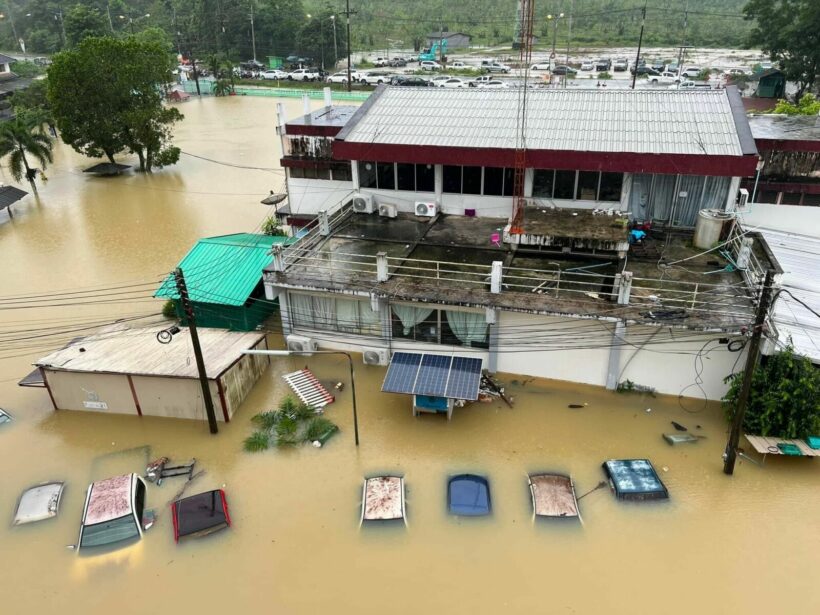 The level of the flood in southern provinces. | Photo by Diego Nuttapong

Fire breaks out at Major Cineplex in Bangkok’s Ekkamai area