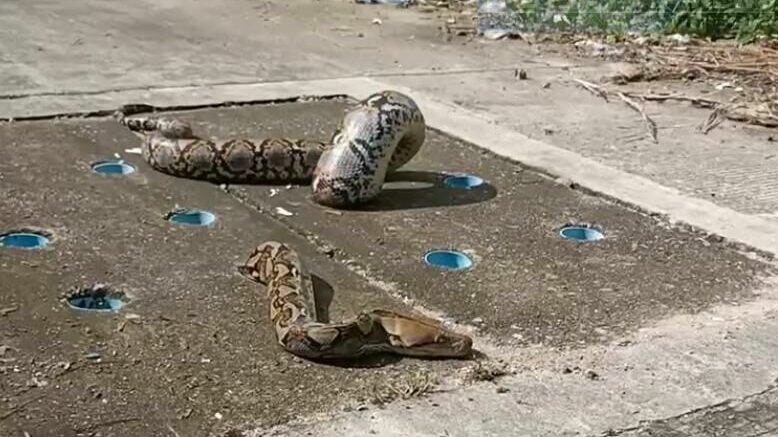 Yesterday, a 3 metre python went viral in Si Racha, a district on the Gulf of Thailand, for being stuck in a drain cover and requiring rescue.

About 3 pm Monday, rescue workers and animal control were alerted to the snake’s plight. They got to the scene and found the snake popping out of different pipes on a drain cover in the middle of the road.

The rescue workers managed to extract the snake. It was reportedly uninjured from its ordeal.

67 year old Petcharat Promueang tells Thai media he was driving home when he saw several dogs barking at a drain cover. So, he stopped to see what all the fuss was about, that’s when he saw the snake winding in and out of the drain while the dogs attacked it.

Petcharat adds that the snake seems to have just eaten, which is probably why it could not get out of its precarious predicament. Thai media reports that the snake will be released into nearby woods.