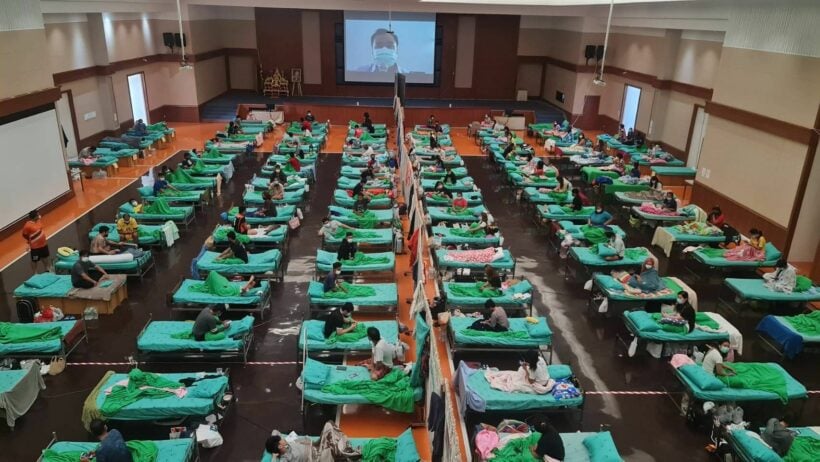 The Thai government is being accused of mismanagement related to the Covid-19 pandemic and procurement of vaccines. The Thailand Development Research Institute released a report outlining the government’s role in combating the spread of the virus, saying there were poor preparations leading up to the recent and most severe wave. The institute is now calling for an independent committee to review the government’s handling of the Covid-19 situation. The Thai government will hold a press conference today to respond to the institute’s review.

The first wave of infections in March and April 2020 was contained. The institute credits the medical and healthcare community, as well as the public for cooperating with disease control measures, for the successful containment of the coronavirus. With tight restrictions on international travel, the economy contracted by 6.1% in 2020. It was the worst contraction since the Asian Financial Crisis more than 2 decades ago.

Following the first wave of the virus, the government had time to prepare for an inevitable second outbreak, the report says. The second wave of infections primarily affected migrants who worked in a fishing hub in Samut Sakhon, just southwest of Bangkok. While troops had reportedly increased border patrol during the pandemic, the second wave impacting the migrant worker communities shed light on Thailand’s ongoing problem of illegal labour trafficking.

The second wave was reportedly contained in early 2021. Restrictions in Bangkok quickly lifted. But outbreaks in late march in Bangkok’s Thong Lor and Ekkamai nightlife districts set Thailand into the third and current wave of infections. Many cases were linked to the Alpha variant, which is more transmissible than the original strain. The report says the outbreak shows that the government was not well prepared. The latest wave has accounted for 324,849 of the total Covid-19 case count of 353,712 confirmed Covid-19 infections.

The report says the Thai government was slow to spend the 45 billion baht healthcare budget and had only disbursed about 26% of it by early June. Hospitals in the capital, the epicentre in the latest wave, are now at capacity and some are asking the public to donate essential supplies.

Rocco
In other news, water is wet
TobyAndrews
3 hours ago, BookShe said: In LOS? :) Nope. As a matter of fact, show me any government around the world who ever admitted their incompetence. Take a look at Hungary. Our prime minister was proudly promoting its government's handling…
BookShe
7 hours ago, TobyAndrews said: I tried patting my own back once and dislocated my shoulder . . . Try to do it gently next time :0 The whole point is to make yourself meaningful and successful. As long as…

bushav8r
Better watch out for the fake news police.  Anything critical of the Thai government is likely to be fake news.  At least you are careful to say it was someone else reporting the "fake" news.
TobyAndrews
Fake news. Slap the cuffs on The Thailand developement Research Institute. Collar the lot. I would not be surprised if they did.