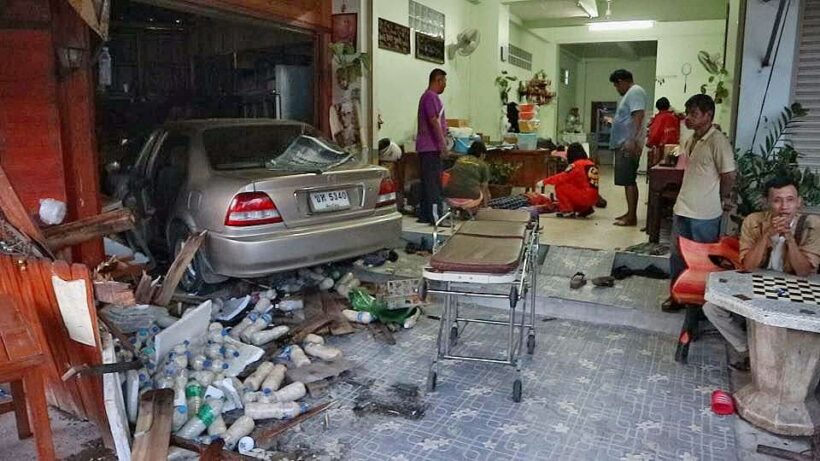 A couple running a roadside family food shop in Tak’s Mae Sot district have been injured following a car making an unexpected ‘drive thru’ attempt. Tak is on Thailand’s western border with Myanmar.

The incident occurred last night when a car driven by a Burmese man slammed into it.

Police were seeking to determine whether Aung So, the driver of the car, who says he just come from a wedding party, was intoxicated. He claimed his brakes had malfunctioned.

40 year old Ornpreeya Rueangthip was chatting with another person when the car careered into her shop, injuring her seriously. Her husband, 42 year old Songpon Rueangtip, who was cooking at the time, was injured when he leaped out of the way.

Police are continuing their inquiries into the incident. 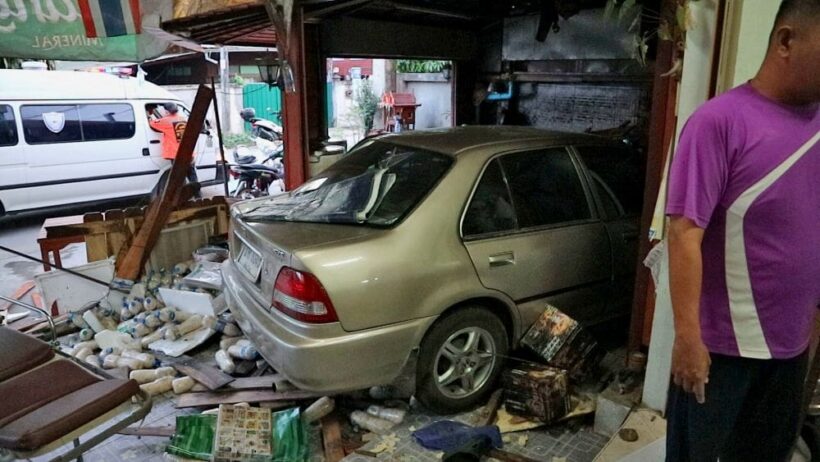