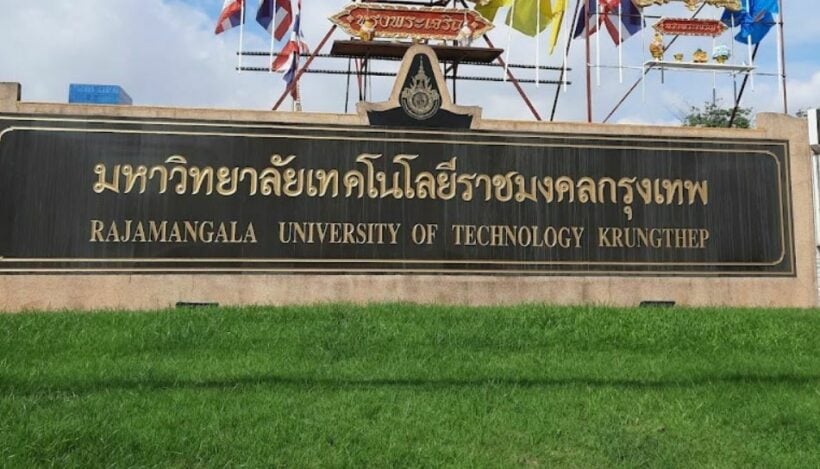 After police found more than 32 knives, and gun ammunition at one Bangkok university on Thursday, PM Prayut has called on students and alumni to end to the violence. Police searched the school grounds of the Uthenthawai campus of Rajamangala University of Technology after a video of students firing guns into the air went viral on Wednesday.

Uthenthawai is one of many Thai vocational universities notorious for violence based on school rivalries.

In 2016, police found two handguns and ammunition, 55 knives, six bulletproof vests, and materials for making nail bombs, also on the Uthenthawai campus. Many videos show students at Uthenthawai and other vocational schools fighting each other. Sometimes, the fighting happens on public transportation routes where students run into each other.

One former Uthenthawai student told VICE in an interview that when he saw a student from the Pathumwan Institute of Technology, Uthenthawai’s arch rival, they had to fight each other, and there was no question about it.

Students have been killed in drive-by shootings and train stations, and beaten and chased on streets. The former student said senior students often encourage younger students to fight, and show them how to carry guns and hide knives from police. One researcher who interviewed 32 students involved in fights said it usually wasn’t clear what they were trying to avenge.

PM Prayut said yesterday, “For all alumni and students, I think it’s enough.”

Bike
Security gates with metal detectors.
Jason
He really is sounding a lot like a London Bobby "stop!!! Or I'll be forced to tell you to stop...again!!!"

DoUKnowWhoIAm
Arrange a fotboll tournament instead of violence, it always works.
Cathat
Just gets better by the day. welcome to paradise.
HiuMak
it just gets better....amazing thailand