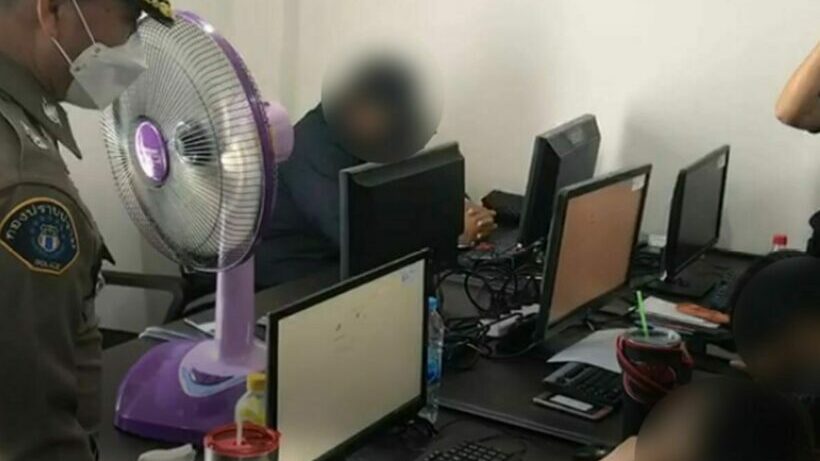 An alleged online lending network has been busted in Nonthaburi, a province north of Bangkok.

Thai media reports that when the alleged money lenders saw police, “at least” 50 people scrambled out of the building. 30 of the 50 were caught and arrested, 20 somehow managed to escape despite heavy police presence. 130 computers and documents containing the names of borrowers were seized as evidence.

The leader of the raid, CSD commander Suwat Saengnum, says they raided the estate after they received a complaint that loan sharks were renting the building.

Police say the customers were Thais with financial woes. They say the illicit money lenders would send “debt collectors” to intimidate customers who were late on payments. They also sent messages.

Suwat says the lending operation had been working for many years. He says the operation kept moving to different offices to elude authorities. Previously, they had worked in Chiang Rai, Phetchaburi, and Chon Buri before relocating to Nonthaburi 2 months prior.

The arrested will be charged with laws concerning loan interest rates and financial institutions.