PHUKET: Mounting evidence that Klongchan Credit Union Cooperative Ltd embezzled nearly Bt12 billion has led the Department of Special Investigation (DSI) and the Anti Money Laundering Office (AMLO) to launch an investigation into the company and its executives.

More than 100 customers have lodged complaints against the cooperative’s chairman, Supachai Srisupaaksorn, other executives and officials, after they were unable to withdraw money from their accounts with the cooperative, a source revealed yesterday.

A joint team from the DSI and AMLO searched the cooperative and Supachai’s houses yesterday. AMLO official Noppadon Uten said Supachai and other executives allegedly owned more than 300 plots of land. “Some of the plots are worth more than Bt90 million,” he said.

AMLO has already frozen the assets of the suspects.

Supachai has maintained that he has done nothing wrong and is ready to clear up any doubt. He has accused the cooperative’s former executives of taking away some crucial documents and made a plea for them to “return the documents to facilitate the probe”.

According to Seehanat, Supachai will meet with relevant authorities to officially provide an explanation.

“We have found that the suspects have constantly intimidated witnesses. Such intimidation is punishable under Thai law,” he said, adding that key witnesses were already in protection.

PHUKET: After discovering that Luang Pu Nenkham Chattigo, who also goes by the moniker Phra Weerapol Sukpol, spent Bt95 million to buy 22 Mercedes Benz cars, the Department of Special Investigation (DSI) will also investigate to see if the monk was part of a money-laundering racket.

DSI chief Tarit Pengdith said investigators had learned that between the years of 2008 and 2011, the monk had purchased 22 luxury cars in cash, of which 21 of them were in his own name. The 22nd car, worth Bt7.59 million, was bought under the name of his disciple Pansaeng Chumang.

The DSI yesterday also conducted a DNA test on an 11-year-old boy in Si Sa Ket, who is believed to be the monk’s son. Luang Pu Nenkham allegedly had a sexual relationship with the young boy’s mother when she was only 14. The result of the test should be ready in two days.

The DSI has also tried contacting the monk’s parents for DNA samples, and said if they did not cooperate, the agency will seek help from court. A DSI senior official said the agency will ensure justice for all sides.

Tarit said that according to the Central Institute of Forensic Science, the photograph depicting Luang Pu Nenkham lying next to a person believed to be a woman, had not been doctored. However, the institute is unable to confirm the other person’s sex.

Saying Wat Or Noi abbot Luang Pu Buddha Issara would submit “confidential” information about the monk to DSI today, Tarit warned the monk’s followers not to tamper with evidence or threaten witnesses or they could be charged for obstructing the authority.

According to the website www.alittlebuddha.com, Luang Pu Nenkham and his three companions had left France for the United States yesterday. The Foreign Ministry also said yesterday that they had not been asked to help locate the monk.

National Buddhism Office chief Nopparat Benjawatananun said if the report was true, they could contact US authorities for the monk’s extradition. The office is also working on revoking the monk’s passport.

Soldiers to lie low during ramadan
The Nation / Phuket Gazette

PHUKET: As part of a truce agreement with the Barisan Revolusi Nasional (BRN), police and defence volunteers will replace soldiers in villages in the Muslim-dominated border provinces in the South during Ramadan, which began yesterday, National Security Council chief Paradorn Pattanathabutr said.

Paradorn, who heads the Thai delegation in the peace dialogue with the BRN, said yesterday that his group had proposed a “rearrangement of troops” to the BRN on the weekend.

However, he dismissed talks of Thailand bowing to BRN’s demand for a total withdrawal of security forces from the restive area.

“We will only cut down on checks, laying siege and searching villages except in the case of emergency incidents,” he said.

He added that under the proposal, soldiers would be removed from villages and stationed in their local barracks, but would be on standby to move in case of insurgency attacks. Police and defence volunteers will replace soldiers in carrying out security work.

Paradon downplayed reports that the BRN had cancelled a truce agreement for Ramadan, saying they had only deferred the announcement and both sides had agreed to wait for Malaysia to announce the truce agreement.

Responding to questions about opponents of the truce agreement putting up posters attacking the government, Paradorn admitted that insurgents were split over the peace deal.

Meanwhile, Muslims in the deep South began observing Ramadan yesterday and many came out to shop for fresh food for their celebratory dinner after sunset.

The market at Yala municipality was crowded with people buying up ingredients for their first meal of the day. Security measures have been boosted and checkpoints set up, with all vehicles being checked for weapons.

The office of the Chularatchamontri, the Islamic spiritual leader in Thailand, announced that Ramadan officially began yesterday. He has also called on authorities to allow Muslim officials in the deep South time to relax during the fast and attend prayer ceremonies.

PHUKET: Two Thai women rescued from a Hong Kong brothel have recalled to investigators how they were forced into prostitution after being lured to the Special Administrative Region with the promise of Bt90,000-month jobs working as masseuses.

The women said the brothel owner told them they wouldn’t be released until they had serviced 200 customers to repay travel expenses. Women from China and Russia were also being held captive at the brothel, the two said.

Social Development and Human Security Minister Pavena Hongsakul, whose Pavena Foundation for Children and Women received the victims’ call for help, told a press conference yesterday that the women were lured to Hong Kong with the promise of the jobs by another Thai woman aged 38 – who also provided them with plane tickets for the trip on July 4.

The duo were forced to have sex with men from 7am to 2am without pay, until they escaped on July 6 and hid at the Hong Kong airport.

Having no money to buy tickets home, they called the Pavena 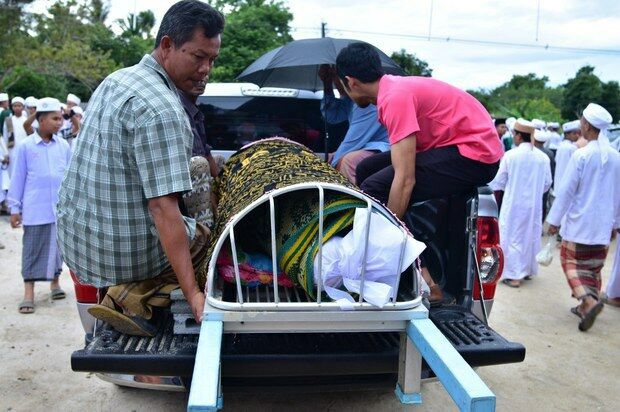 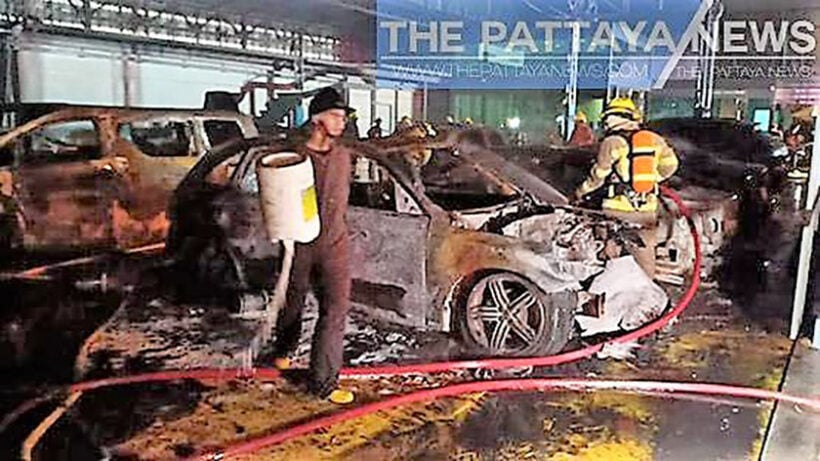 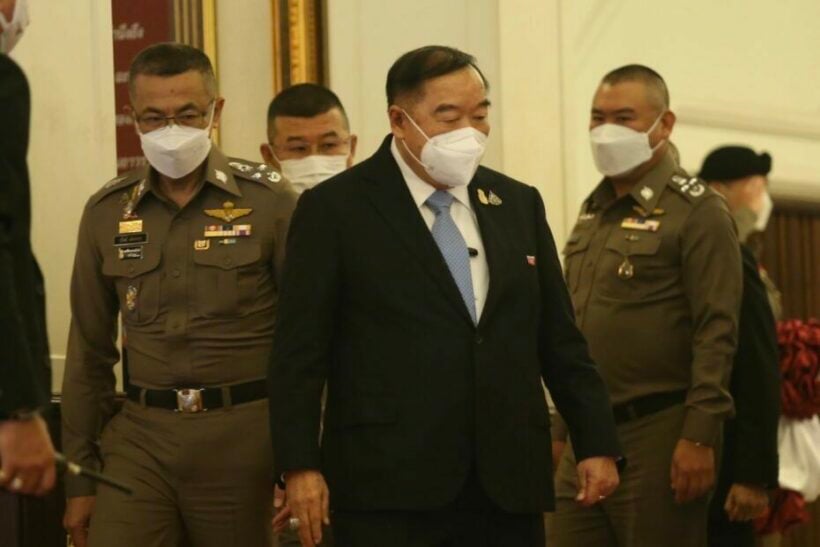 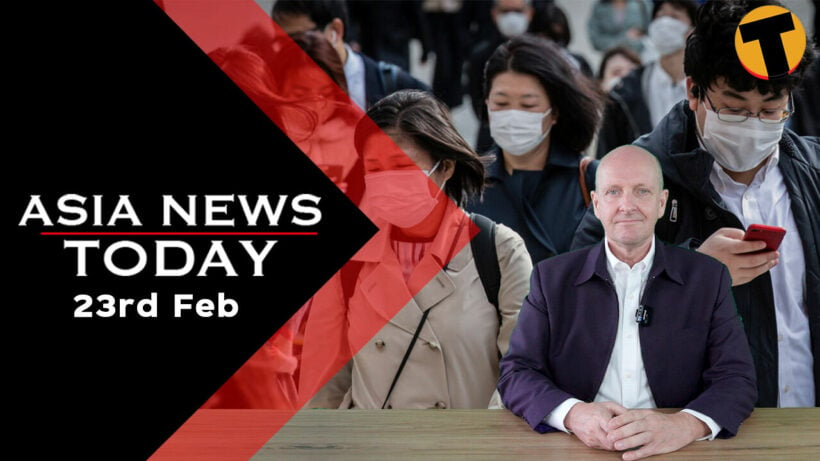 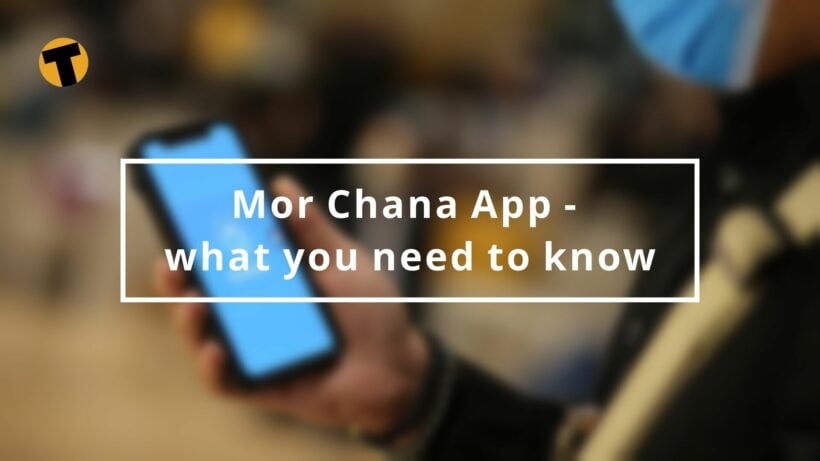